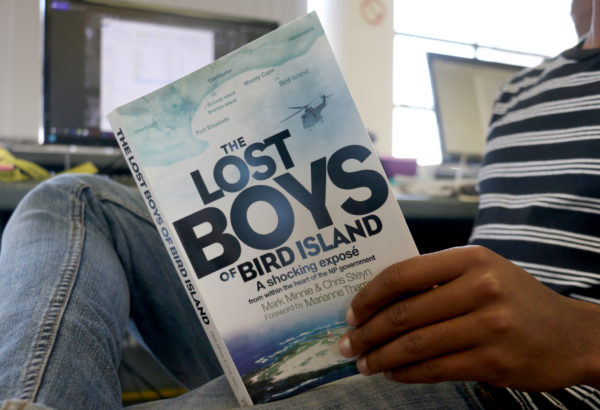 The death of author Mark Minnie, under suspicious circumstances, has renewed interest in his recently launched exposé The Lost Boys of Bird Island, which shines a light on the dark underbelly of some of South Africa’s twisted apartheid leaders.

Reading like a James Patterson murder mystery, Minnie and his co-author Chris Steyn weave together a horrifying tale of alcoholism, sexual predation and paedophilia.

Spanning 20 years from 1987 to 2007, The Lost Boys identifies National Party (NP) ministers Magnus Malan and John Wiley together with businessman Dave Allen, at the centre of an elaborate paedophile ring which saw the exploitation of young coloured boys who were given drugs, money or alcohol in return for sexual favours.

The tragic events occurred a mere 53km off the shore of the quaint coastal town of Port Elizabeth on isolated Bird Island. Minnie, who was found dead on August 4, nine days after the release of the book, was a policeman who worked on a case of rape involving Allen in 1987.

The case never made it to court but Minnie continued to investigate the allegations and this led to his discovery of the paedophile ring.

The allegations in the book read like a meticulously researched and intricately constructed work of fiction. The details of the abuse are almost too horrific to believe. The book introduces another dimension to the more well-documented atrocities committed by the National Party. Lost Boys introduces cover-ups, staged suicides, faulty hits and organised murders involving the NP and, more specifically, the South African Defence Force.

The chilling first-person victim accounts give this book the validation it needs.
Minnie’s admission in the book of his own rape at the hands of twin brothers provides the reader with a glimpse into his own abuse. This story could not have been easy to tell, given Minnie’s own demons.

The book chronicles the torture and abuse of young boys, deaths and suspected suicides of alleged paedophiles, and an environment that bred exploitation and corruption. The book speaks to the desperate, vicious cycle that young coloured boys found themselves in; needing drugs or alcohol to escape their lives but money to pay dealers. These old white men seeking sexual favours were their only source of income.

Minnie and Steyn also make claims about the NP’s active muzzling of the media when it came to the paedophilia ring, pointing to the gagging of publications like Cape Times, The Star and Rand Daily Mail.
The circumstances surrounding Minnie’s death are still under investigation but his close family believes that his death was an organised hit related to the findings in the book.

Minnie wrote extensively about the attempts on his life over the course of his research for the book. Nearly losing his life in a Soweto raid, the brigadier who was his supervisor told Minnie, “Can’t you get into your thick head that someone wants to shut you up?”

Two of the men who were named in the book – Wiley and Allen – have since died of apparent suicides. Malan died of a heart attack in 2011. There are more questions than answers flowing from this book. It seems more a starting point to a wider investigation.

To date, no formal investigation of the claims in the book has been announced.