Journalists called on to be final defence against fake news

Increasing safety concerns, fake news and cross-border co-operation have taken centre stage as the key issues to be discussed at the 2018 African Investigative Journalism Conference (AIJC). The conference was launched on Monday, October 29, at the Wits University Science Stadium.

Caxton Professor of Journalism at Wits, Anton Harber, welcomed delegates from 40 different countries to the conference. Harber acknowledged the role that investigative journalism has played in the resignation of former president Jacob Zuma and the subsequent coverage of President Cyril Ramaphosa’s term. 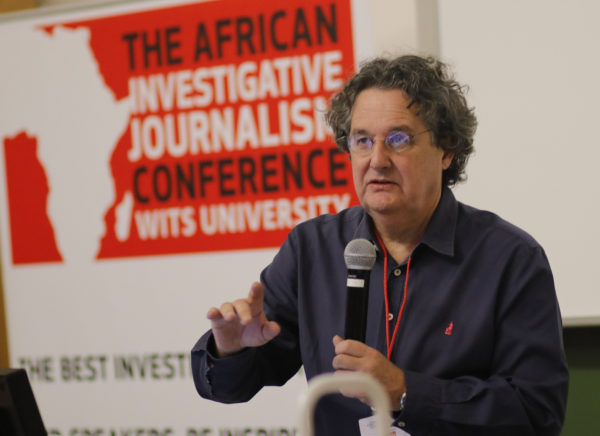 The keynote speaker, Ben De Pear from UK-based Channel 4 News, drew parallels between the Cambridge Analytica scandal in the US and the Bell Pottinger scandal in South Africa. He said that journalists are operating in an era of a “global misinformation industry” characterised by the targeted use of troll accounts, fake news, doctored videos and images to influence politics by exploiting voters’ fears. 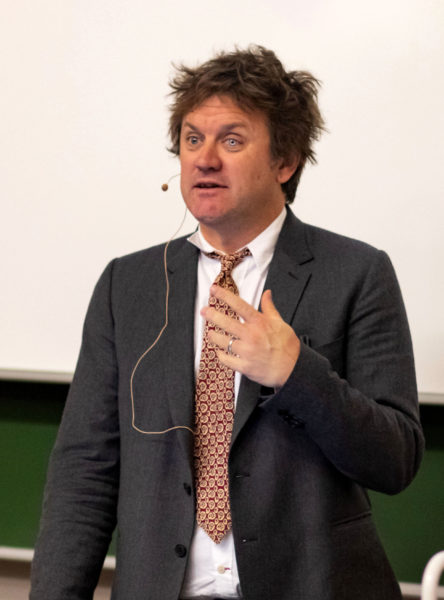 Ben De Pear, Editor at channel 4 news emphasizes that “Quality investigative journalism is more vital to society than ever before!” Photo: Lerato Mokhethi

De Pear, who was instrumental in exposing the Cambridge Analytica scandal, discussed the various methods journalists used to expose the company’s role in influencing votes in elections in the United States, Kenya, Mexico, Nigeria, among other countries.

The journalists’ methods included undercover recordings of Cambridge Analytica CEO, Alexander Nicks, as well as co-operation with journalists in other countries, such as Kenya, where the company had played a role in the elections process.

“We’ve entered a new information era where people are being bombarded with fake news and misinformation with the intention to mislead,” De Pear told the audience. “Journalists are the last line of defence against fake news.”

De Pear, who has worked as a journalist since 1994, told Wits Vuvuzela that over the years, fake news and the safety of journalists has become a pressing issue.

“It’s very dangerous now. When I first started working we used to report in war zones but now it’s impossible to report in Syria because they want you to declare which side you are on,” he said.

Harber also stated that issues of safety and security will be prioritised in this year’s conference.

“The need for cross border work through the Lotto Project is also strong in this year’s conference because stories are no longer confined to one country,” Harber told Wits Vuvuzela.

The conference will run from October 29–31. It has attracted 350 attendees and is hosting 70 speakers from 30 different countries.