Wits Frisbee team set to soar for the season 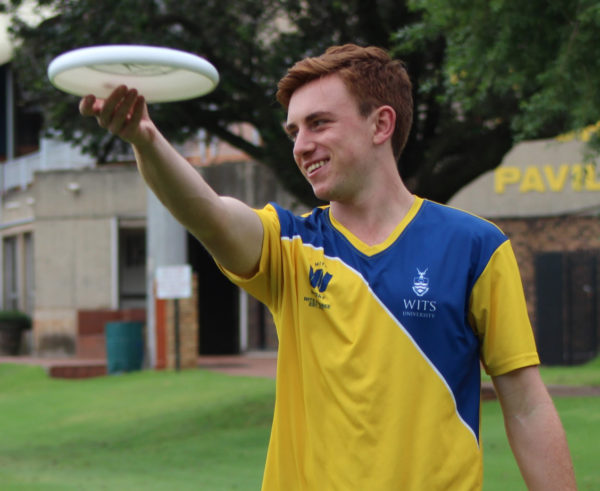 THE WITS Ultimate Frisbee Club continued its upward path by winning two out of six matches at the Northern Regional Tournament last weekend (March 9-10).
They defeated the Elevation-Potch second team 15-2, and emerged victorious against Johannesburg-based team Ultitude, scoring 12-9.
They came fifth out of the seven teams that played at the East Rand Polo Club in Bapsfontein.

“Wits is playing the best frisbee it has ever played,” said captain Ross Bentley, who believes the team will see “nothing but success” in the season ahead.
Bentley told Wits Vuvuzela the team played well and he was particularly impressed with the women who, despite suffering some injuries, were “heroic in play”.

The 20-year-old captain plans to stick to the techniques initiated by Paul Nussey, a former player who has just made it to the national team.
Bentley said he wanted to “knuckle on the basics” and keep developing the new players.

Chairperson Merete Goosen said the loss of Nussey had led to “some stumbling blocks” but had also “allowed individuals to prove themselves in their own way”.
“We have become a unified team who are great together,” she said.

More players were expected to graduate and leave in the coming year, said Tshepo Thaela, a 23-year-old player.
He said this had placed the team in a transitional phase centred on recruitment and rebuilding.
Bentley and Thaela both want to leave a legacy.

Bentley said it was his mission to improve the sport at Wits, whereas Thaela wanted to ensure it remained fun: “If it is not fun, why am I doing it?” the BA Honours student remarked.
The team’s focus is now on the nationals in Stellenbosch in April. Goosen told Wits Vuvuzela the Wits Ultimate Frisbee Club “will give the big teams a run for their money”.