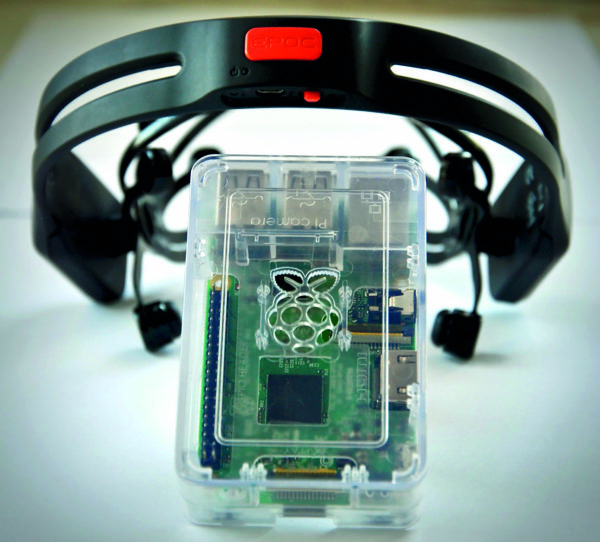 A Wits engineer has invented a project called Brainternet, in which the brain transfers data to the internet using a headset.

The invention transfers data from the brain to the internet in the form of graph signals in a portable live stream of brain waves.

The mastermind behind the project is a lecturer at the School of Electrical & Information Engineering, Adam Pantanowitz.

“We wanted to create a proof of concept to show how we can connect up signals from people and stream them in real time,” he told Wits Vuvuzela.

Brainternet consists of a device placed on the head of the user which is also connected to a computer, to send information to a desired location.

The engineers used an off-the-shelf consumer grade electroencephalography (EEG) pair of headsets such as are normally used for medical purposes, but in this case were used to stream brainwaves to the internet.

Pantanowitz’s idea for the invention came about in 2013, when he was on twitter and was inspired to let the world know what he was thinking, but actual work started only around 2015-2016. He worked closely with his then fourth-year students, Danielle Winter and Gemma Rogers, who completed Brainternet in less than eight weeks.

Pantanowitz believes there are no health risks associated with the project, apart from radiation which he believes to be safe, since it is similar to that emanating from a cell phone.

Professor William Daniels, head of the School of Psychology, who has embarked on a similar project, believes there are risks but that they are outweighed by the benefits.

“We did a little experiment to see how cell phone radiation engages with the brain, and there were signs of damage. As wonderful as it sounds, there are risks involved… it can impair your cognitive function over time… it depends on the period of exposure and what happens over time, because there can be an accumulative effect.

Although virtually everything in the world carries risks, professor Daniels says one should focus on the silver lining.

“We cross the road, but the benefit of being on the other side outweighs whether I am going to be knocked down by a car in the process. We should not block the advancements of technology. We must rather be aware of the risks so that we can manage them,” Professor Daniels told Wits Vuvuzela.