A talk by the leader of BLF at Wits University has been called off.

Black First Land First (BLF) leader Andile Mngxitama has accused Wits University management of being fascist after a talk he was scheduled to give at Wits Junction on Thursday, March 14, was unexpectedly called off and postponed indefinitely.

Mngxitama tweeted on Wednesday, March 13, accusing the University of being ‘fascist’ and cancelling his talk on the basis that his views are “anti-white supremacy”.

Mngxitama told Wits Vuvuzela, that he had planned to discuss tensions that remain between human rights and black consciousness. He said that this discussion is important as tertiary education students need to be introduced to critical radical perspectives.

The Wits Junction house committee, the hosts of the event, said that management requested that the talk be postponed as the organisers had failed to follow university protocol. 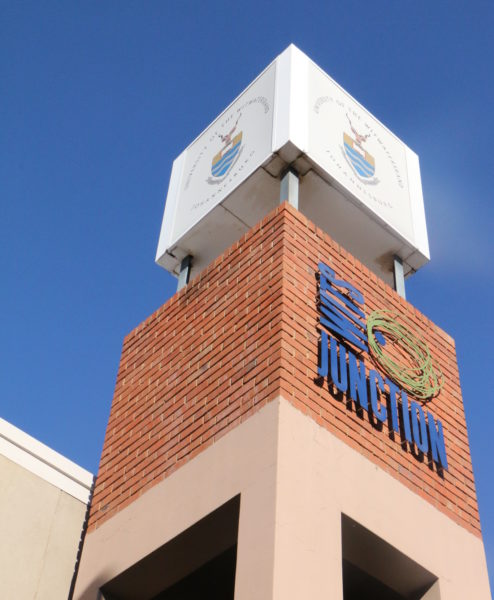 A talk by the president of Black First Land First at Wits Junction residence has been postponed. Photo: Jabulile Mbatha.

“The House Committee drafted a year plan in the Program of Action (POA) to have societal talks, yet we did not specify which speakers we would have,” Mchunu said.

The protocol involves informing Wits management of the status of the speaker in order ensure that security measures are put in place.

Dean of Students Jerome September said that the university is a safe space that serves “for the free exchange of ideas through discussion and debate, and should provide for multiple perspectives and views to be heard”. He said that the Junction house committee and management have reached a consensus to rectify the mistake of overlooking protocol.

The new agreement is that Junction will host a variety of speakers alongside Mngxitama when the event is finally rescheduled. Mchunu said that this change is motivated by the house committee’s belief “that academic freedom should be promoted in a University space”.

Regardless of the reasons given for the postponement, Mngxitama said that, “Wits University fears black thinking which is not supervised by white thought overlords. They know I’m one of the dangerous ones”.