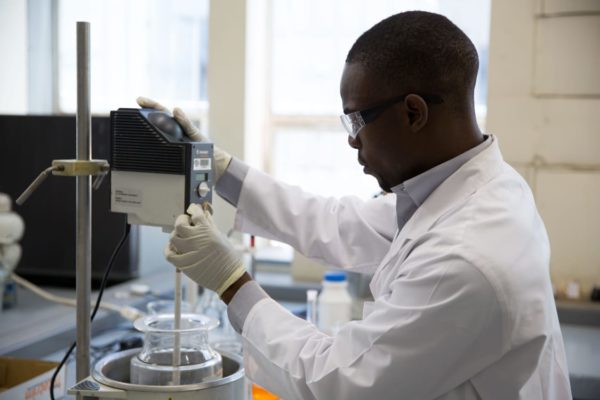 The 29-year-old Zimbabwean-born and founder of AltMet Ltd, developed an economical, environmentally sustainable method to recover and reuse precious metals from cars in 2018.

Platinum, palladium and rhodium are the three metals used in the catalytic converter that can be recovered since they are very expensive metals and are reused to make new cars.

The joint-winner of the award said, “It was quite awesome, because it was something that I didn’t expect and apply for. It was a nice recognition.”

The other winner was Ruvimbo Samanga, a member of the Space Generation Advisory Council (SAGC) as well as Women in Aerospace Committee Africa chapter. The ZAA awards are held in the South Africa, the United Kingdom, United States,  Australia, and Canada.

Saguru’s method entailed dissolving the metals into a solution and return them to their solid form using only 100°C, whereas previous methods used about 1700°C to melt the structure of the catalytic converters

The low-cost method uses less energy and temperature to dissolve the metals. It is environmentally friendly and will help solve a supply deficit of the metals and high demand in vehicle companies while “observing the current energy shortage in South Africa,” Saguru said.

Professor Sehliselo Sello Ndlovu, an Associate Professor at School of Chemical and Metallurgical Engineering and a DST-NRF SARChI (Department of Science and Technology- National Research Foundation chair holder on hydrometallurgy and sustainable development, told Wits Vuvuzela that, this is the first project she had supervised that had caught international attention.

“This one is the first to go that level; it is the first project but I do not think it is going to be the last,” she said. The innovation brought about recognition to her research group and motivation to other students.

This is not Saguru’s first award for his invention. He came second in the Africa Prize for Engineering Innovation in 2018 funded by the Royal Academy of Engineers of the United Kingdom. The award came with funding worth 1 000 British pounds which he used for his company.