A Wits alumnus joins the Royal Society of London

The prolific astronomer was a student at Wits in the 60s. 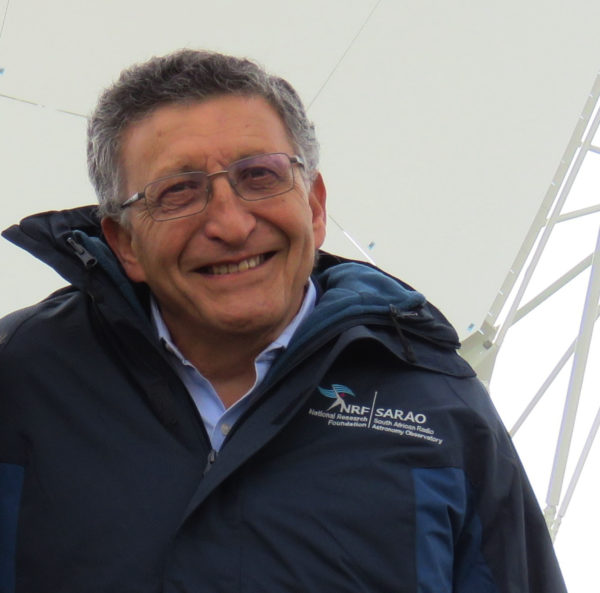 Dr Bernard Fanaroff was announced as one of the newest fellows of the Royal Society on April16, 2019. Photo: Provided.

A Wits alumnus and former lecturer has been inducted into the Royal Society of London, the oldest scientific institution in the world.

Dr Bernard Fanaroff, 72, joined 50 other eminent scientists who were inducted into the society on Tuesday, April 16.

“I was so surprised. I never considered what I was doing was worthy of being recognised by the Royal Society. It’s a wonderful compliment from the society and I feel gratified,” Faranoff told Wits Vuvuzela.

President of the Royal Society, Venki Ramakrishnan, described the society’s purpose as being committed to using science for the benefit of humanity. “This year’s newly elected Fellows and Foreign Members of the Royal Society embody this (purpose); being drawn from diverse fields of enquiry; at once disparate, but also aligned in their pursuit and contributions of knowledge about the world in which we live,” Ramakrishnan said in a statement to Wits Vuvuzela.

Professor Joao Rodrigues, the head of school of physics at Wits called Fanaroff’s induction into the society long overdue.

“The fellowship is a recognition of his achievements which are significant. He did not have a standard academic career which tends to be the profile that is chosen by the Royal Society of London. Most of his time was not spent as professor in one of the universities,” he said.

Rodrigues also attributed South Africa’s win in the bid to host the SKA project to Fanaroff himself. “He was in charge of identifying and highlighting to the government the importance of bidding for the Square Kilometre Array. South Africa won that bid and that is thanks by and large to his efforts.”

Fanaroff earned his PhD in radio astronomy from Cambridge University after completing his undergraduate and fourth year degrees at Wits Univerity in 1968.

He returned to South Africa and worked as lecturer in the physics department at Wits between 1974 and 1976. Fanaroff says he felt compelled to join the fight against apartheid and so he left the university to work as an anti-apartheid and labour organiser full time. He joined the National Union of Metal Workers South Africa (NUMSA) and was an active member for 19 years.

“I was inspired by my parents who were organisers involved in the anti-apartheid struggle beginning in the 1920s,” he said. Fanaroff said he wanted to prove that South Africa can contribute to the global canon of innovative scientific knowledge. “The old colonial idea that we can do science in South Africa about things like food security but nothing too ambitious or high tech inspired me to push for the SKA project. It is only through projects like this that we can prove that we are good enough,” he said.