New student accommodation in Auckland Park promises to alleviate housing shortages for Wits and University of Johannesburg (UJ)students. Construction of the residence expected to house 252 students began in April, and is expected to be completed in 2020.

The location of the building was chosen because of its proximity to UJ and the Rea Vaya bus stop where Wits students can catch transport to their respective campuses, according to the company’s business development director, Wian Pieterse.

A resident of upper-Auckland Park, Jennifer Gooch, said  “I may think differently if we lived closer but I think this new accommodation is great for students from both Wits and UJ because it is so close to where they study.

“Other home owners are not happy with the student housing,” Gooch added.

A resident living almost directly across from the future student accommodation, Michelle Motara, said, “The building is a big concern for us as residents because the additional student accommodation will put a massive load on the already taxed infrastructure of the lower portion of Auckland Park.” 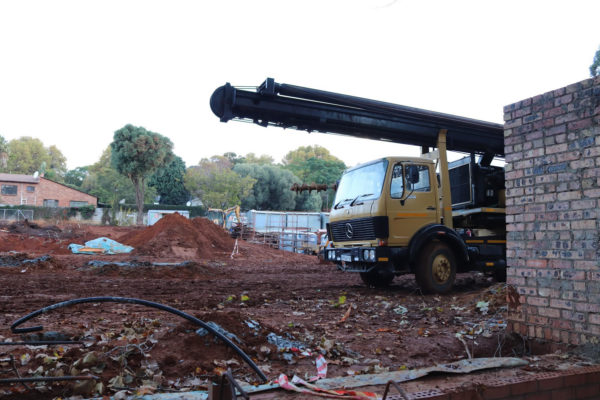 CONSTRUCTION: The new student accommodation building is expected to be finished in 2020. Photo: Stephanie Schaffrath

The mother of two added that “The suburb simply cannot effectively sustain more people on such a large scale. There are already existing sewerage problems that occur on an almost continual basis in lower Auckland Park.”

The Auckland Park Residents’ Association (APRA) told Wits Vuvuzela that the developers had followed due process. “Developers are not required to officially inform the residents’ association, however, during the rezoning process, there must be a public notice informing residents of a 30-day window to lodge a complaint. All of these procedures were followed accordingly, as well as the heritage study for buildings 70 years or older,” said APRA’s Neal Gooch.

Pieterse told Wits Vuvuzela that “We are building with full approval by the City [of Johannesburg] council and have a strong communicative relationship with the Auckland Park Residents’ Association.

“We are taking people out of communes, where 15-20 people live in a two-bedroom house, and are moving them into housing that has enough space and is safe … Our buildings do not have structural problems because they are all new and built to last.

“It’s about making sure the students come back next year. We try and look after our students as much as possible,” said Pieterse.

A third-year Wits student and resident at Lapalaka-owned Kingsway Place gave his accommodation a qualified thumbs up. “I am not 100% happy with the building because it does not accommodate those with disabilities,” Lefika Phemelo Sebogo told Wits Vuvuzela. “But I would recommend it to students looking for something affordable,” added the 20-year-old.

Rentals at the company’s existing developments range from R4000 per person in double units to R4500 for single units.