Wits graduate students have created an eye-tracking system to communicate more naturally with a computer. 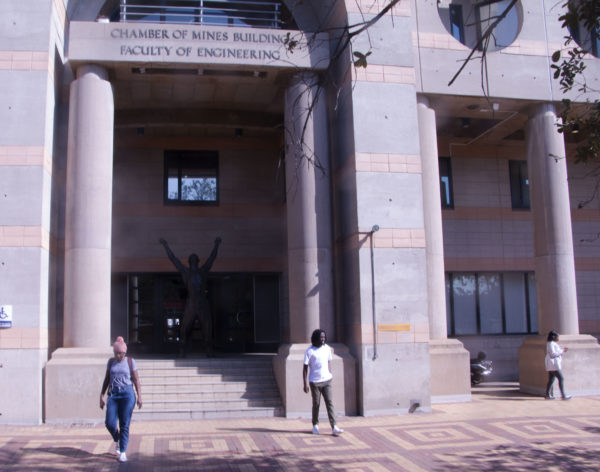 Biomedical and Electrical Engineering graduates Chesley Chewin and Kimoon Kim were given the idea to create the system by their supervisor, Adam Pantanowitz.

The eye-tracking system is a sensor technology that operates by capturing the movement of a user’s irises with a camera mounted on a helmet. These images are then used to move the cursor around the computer screen.

Chewin and Kim hope the end product will be able to help people with disabilities who cannot operate a computer mouse.

“We took on the project because it sounded like an exciting challenge, and something that could really help people with disabilities and improve their quality of life.

“I think it’s important to use the technological advances we have now to give back where we can,” Chewin said.

Kim told Wits Vuvuzela figuring out how to accurately test the system and compare it to standard eye-gazing technology was a challenge.

“We had several issues with the software that found the iris from the camera, because the iris is not shown as a full circle since it is partly covered by the eyelid,” said Kim.

The 27-year-old graduates say the product is still at a developmental stage.

“The eye-tracking system project we made was a demo for a much bigger idea,” Chewin said.

Kim added, “The product could be connected to several different devices which could improve someone’s quality of life by increasing their level of independence.”

The two are also trying to get their paper on the eye-tracking system published, so the technology can be used worldwide.