Up on a Market Theatre rooftop balcony, a film crew chased the waning Friday afternoon sun while shying away from the buzzing Newtown noise marking the onset of weekend celebrations.

The cameras snapped away as the young woman posed in her A-line skirt, soft pleats forming in its cotton thread with each movement of her Converse high-top-clad feet.

Amonge Sinxoto was shooting a feature for Hectic Nine-9, a youth entertainment show on SABC 2 to be broadcast on Women’s Day, Friday, August 9. Looking directly into a camera she said, “Young girl, maximise your strength and overestimate your majesty.”

It seemed perfect, but the crew made her recite that line again and again and again. However, the redundancy did not wear her out. With each take, she poured more of herself into the camera.

“It’s all about having fun,” the 18-year-old said. Having been featured in magazines such as Glamour and Cosmopolitan, taking editorial instruction has become common practise.

As she played with the camera, the phrase “Africa, your time is now” jumped off the black badge which rested on her white T-shirt, reminiscent of the African print shirt with the same phrase that she wore as a speaker at a TedxLytteltonWomen talk. The talk was in March and was titled ‘From social media to social impact’.

Before a live audience, Sinxoto shared how young people can affect their surroundings with social media in this digital age. 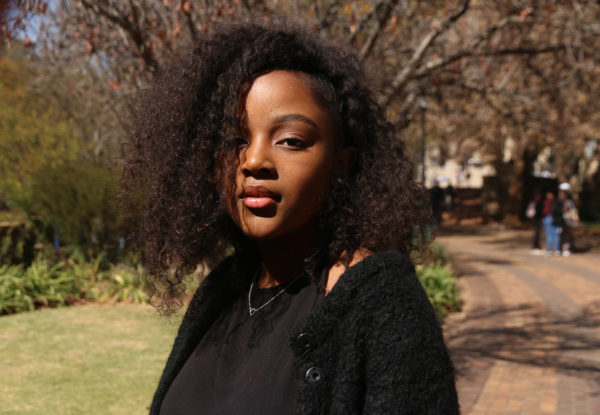 Sinxoto is a leader who believes young people should be intentional about using social media to impact their communities. Photo: Ntombi Mkandhla

“One of the major things I advocate for is using social media for change,” Sinxoto said, adding that young people are privileged to live in a connected world where information is passed around in the “then and now”.

However, Sinxoto feels that instant connectivity has made social media both the best and worst forms of communication in the world. “I think it is important we counterbalance it and make it meaningful,” she said.

Sinxoto’s own social media pages mirror her intentionality, largely through the work she does with Blackboard Africa, a youth-driven, non-profit organisation she co-founded with her cousin, Zingisa Socikwa, in 2016 out of their frustration at feeling under-represented in the media.

“Our major focus at Blackboard Africa is having the African story celebrated,” Sinxoto said, adding that leadership development is instrumental in pushing the African narrative through exemplary political, social and economic systems.

A Forbes July 2019 article described social entrepreneurship as the “growing realm of mission-driven business enterprises that view financial success as a way to create more and better good”.

“For me, I guess it speaks more to business creation directed towards civic or social impact,” Sinxoto said.

The Blackboard Africa team focuses on people between the ages of 16 and 25, where through mentorship and leadership training, the team hopes to raise the next leader. Local celebrities such as comedian Donovan Goliath have been roped in in the past to “pass the baton” at a Blackboard Africa relay, a recurring event that includes skills transfer to young attendees.

“Some of our mentors are as young as 27 years old. We have learntedthe power of young people talking to young people,” said Sinxoto.

Sinxoto’s influence has been recognised at local and global level. Among many things, she has led a discussion on young women and social media at a Facebook and Google Summit in Ireland and

participated in a Black Girls’ Lead Conference in New York which led to her having a roundtable talk with Michelle Obama.

“Blackboard Africa is not formally funded,” Sinxoto said, but added that it has partnerships with organisations such as the Market Theatre, which gives her space to host events.

Sinxoto does not make money from her talks.

“I had to raise money to go to the Black Girls’ Lead Conference,” she said.

Sinxoto is serving as one of two African Three Dot Dash 2019 Global Teen Leaders from 15 countries who form part of a network to address world issues under the mentorship of expert individuals.

“I have connected with amazing young people and learned invaluable lessons [through the programme],” Sinxoto said.

While Sinxoto’s footprint is on a global scale, she is most fond of the big sister role she plays to her four younger siblings, with whom she lives at their West Rand family home.

Sinxoto described a moment when a teacher once called her nine-year-old sister, Isenguye, “Izzy” for short.

“While it was a major teaching moment for my mom, I was honoured to have contributed to teaching my sister the importance of her name,” Sinxoto said.

Shungu Dutiro, a reserve striker for Mamelodi Sundowns, said people would be surprised to know that his friend Sinxoto is actually an introvert.

“I am quite quiet, especially around people I am meeting for the first time,” Sinxoto admitted.

However, Nelisa Shabalala, another close friend, said that Sinxoto’s quietness must not be mistaken for shyness.

“[It is] rather a calm demeanour and presence of confidence,” the Stellenbosch University BCom management accounting student said.

“She is unwavering about what she believes in and stands for, which is such a good quality to have as a young black woman,” Shabalala added.

As mature and unshakeable as she may seem, Sinxoto is still a regular teenager. 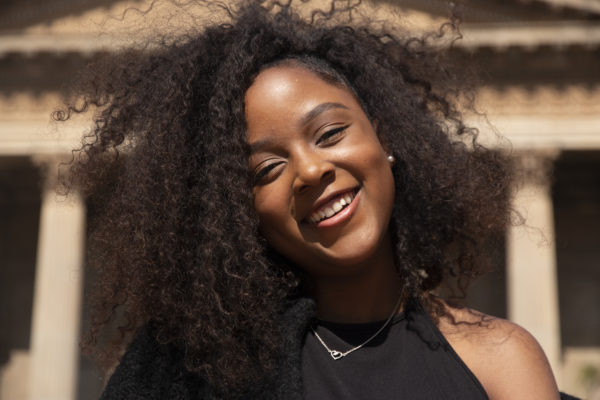 “My Instagram explore page is actually all about Love Island,” she said, calling it one of her favourite programs to watch, including Netflix shows such as Trinkets and Dear White People.

Sinxoto’s mother, Nompumelelo Sinxoto, described her daughter as a “homebody”.

“I like intimate settings with family and friends,” Sinxoto said. When she occasionally steps out of her home, she prefers spending time in Greenside.

“Greenside has easy vibes and there are great burger and pasta places there.”

Considering herself a regular girl balancing her work and being a first-year Wits BA student, she finds it awkward when classmates are hesitant to reach out to her and greet her in person.

“I would like to think of myself as approachable, so I find it weird when people greet me on social media instead of doing so to my face in class,” she said.