Journalists should be fined for publishing fraudulent articles – spin doctor

Panel discussion laments ways the media has contributed to its own credibility crisis. 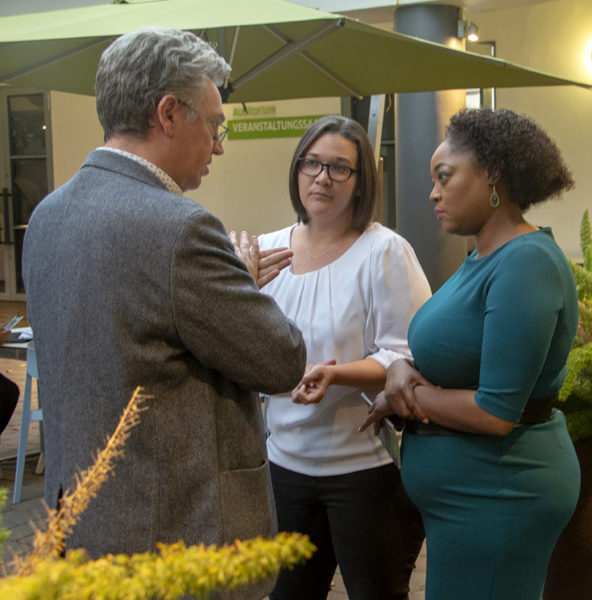 Media should be held accountable when they publish fraudulent articles. This was the recurring message at a discussion on media credibility, held at the Goethe-Institut, Johannesburg on Tuesday, August 13.

Hosted by Media Monitoring African and the German Embassy, the discussion was part of an ongoing series, The Future of Journalism.

“All over the world media freedom is in danger, democracy is in danger and there will be no democracy without the freedom of the media,” said German ambassador to South Africa Martin Schäfer in his welcoming address.

A panelist, spin doctor and media strategist Chris Vick said that it was time ‘impunity’ was introduced into the conversation about credibility, “the impunity with which people have gotten away with bad practising journalism”.

He said journalists found guilty of publishing false information or news articles should be held accountable, reprimanded and fined. “Whenever there is harm, there need to be repercussions.”

This suggestion did not get universal agreement. Wits University’s Professor Glenda Daniels said, “There is a sector of journalism in this country that is doing a good job. If it wasn’t for this very credible sector in journalism, we wouldn’t have had the Gupta Leaks.

“Social media, blog posts, and opinion pieces are not part of journalism. You can’t lump all media as journalism. And that’s the kind of crisis of credibility we are facing,” said Daniels.

Another panelist, journalist Verashni Pillay said journalists didn’t have a choice about being criticised. “We have mechanisms in place in the form of the press ombudsman and in the form of the [Broadcasting Complaints Commission of South Africa] that are binding on most of us to hold us accountable,” she said.

Broadcaster and journalist Nikiwe Bikitsha who is part of the South African National Editors’ Forum inquiry on media credibility said journalism and the media “coming under scrutiny over ethical behavior and credibility” is an important conversation to have. “When we [the media] fall short when it comes to credibility, then there is a crisis”, she said.

For Vick, though, the credibility crisis experienced within South African media publications was a result of the “ethical collapse” we currently see in our society. “Journalists are human beings, they drink, they get angry, they have political views. Their lived experiences tell us how they approach the society they report on, but in return they are influenced by the society we live in.”

A German journalist, Holger Stark, told Wits Vuvuzela that he was impressed by the achievements of South African media given the country’s young democracy, saying the Gupta leaks were “tremendous journalistic work [that] led to the exposure of corruption”.

“The core of our role is to hold the powerful accountable; that should make us humble, we cannot be part of the elite. We (journalists) contributed many ways to the crisis of credibility, we were too arrogant, and we tried to be part of the big game. We have to change our behaviour in many ways,” Stark said.

The discussion was facilitated by the SABC’s Tsepiso Makwetla, and broadcast live on DStv channel 404.