A Wits women’s rugby player has been selected to train with the Golden Lions women’s team after playing in only two sessions with the Wits University team. 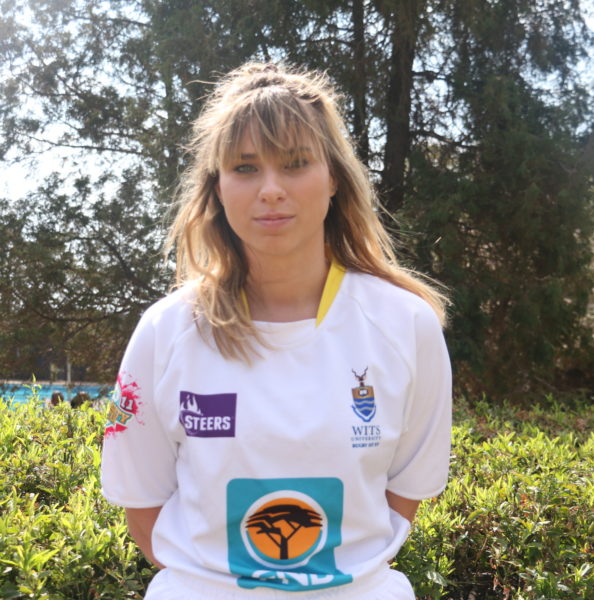 The second-year physiotherapy student says she played touch rugby throughout her high school career and would often play with family and friends, but it was only when Wits started the female sevens team, on July 31, that she thought she would take the game seriously.

“I decided to join the Wits team because I have always been interested in and supported the game. Since I was young I have always wanted to play. I just never had the chance, or the guts, until this year,” the 21-year-old said.

“I was invited to their (Wits’) training session because one of our players is out for the season, so we needed a player to replace her … and Julia was the one who stood out for me,” Van Rooyen said.

Wits women’s rugby coach Marius Adams told Wits Vuvuzela: “It is a massive achievement for us as a club. She is the first female to receive recognition without physically playing. I also think it’s a foot in the door for our other ladies who have the aspiration of playing at provincial, and maybe one day national, level.”

Venter attended her first training session with the provincial team on Monday, August 19, at which the Lions focused heavily on the breakdown of tackles.

“It was tough and a lot more physically demanding than I have experienced so far, but it was very exciting to learn so much,” she said.

According to Van Rooyen, Venter’s selection will include her participation in future Golden Lions games.

“Her selection involves training and playing, because we need to see her on the field playing for us also,” he said.