It is envisaged that this chapter will focus on the development of women in the School of Mining by hosting events such as seminars and workshops.

In spite of significant strides in the past four decades, according to vice-chairperson of Women in Mining South Africa, Petro du Pisani, women still only make up just 18% of the mining engineering industry.

A 2004 Canadian study found that women are discouraged from pursuing this career path because of a lack of role models, career progression, having to work harder for approval, harassment in the workplace and a lack of consideration for family responsibilities.

Fifteen years later, these issues appear to persist in South Africa. Liz Diedericks, quality assurance manager with a local construction company, said, “It is a tough industry if you have a family” because the working day does not end when one leaves the office.

“We want to get to a point where it is just natural to have a 50/50 ratio in the industry. There is no job in the mining industry that women cannot do,” said du Pisani.

“We, as the [female mining engineers] of the future, must stand together and I believe that varsity is a great place to start,” said Nyange Pearl Kekana, a representative of the Wits Women in Mining committee. 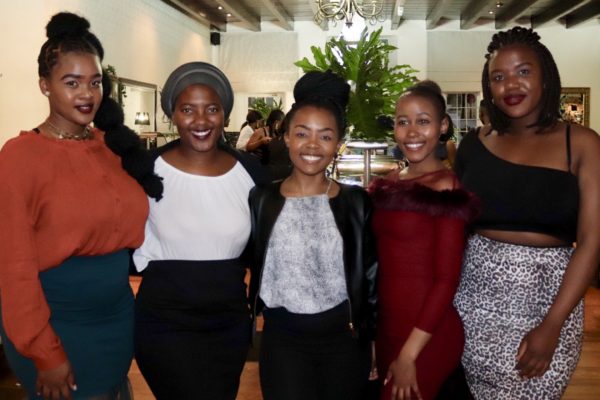 “Women still do not see themselves as able to do the job,” said Diedericks.

The initiative also strives to educate the new generation of male mining engineers on how to support their female colleagues.

“We are working on hosting workshops with the male generation to do away with patriarchal stereotypes,” said SMES chairperson Lucas Zulu.

Zulu, who is in a final-year mining engineering student, added, “Fostering support for Women in Mining requires a collective effort from both women and men.”

The launch was hosted at the Wits Club, where around 120 people, including lecturers, sponsors and students, enjoyed dinner and listened to a variety of guest speakers discuss the potential of female mining engineers in the industry.

“It was just a necessary step (for Wits), being the oldest mining school in South Africa,” said committee member, Zinomtha Gqweta.