Wits Tang Soo Do return with a bag of medals

Students dominate at the Championships tournament in Mbombela.

Wits Tang Soo Do club won a total of 42 medals at the Wolves Invitational Lowveld Championships held in Nelspruit on August 17.

The styles at the Championships with competitors from all over South Africa were Tang Soo Do and kickboxing. The contestants competed in sparring, traditional and modern form as well as short and long weapon with the club achieving 17 gold, 15 silver and 10 bronze medals.

Wits coach, Master Gregory Hart told Wits Vuvuzela, “All in all it was a proud day as the club dominated the categories they competed in and at all times showed great camaraderie and sportsmanship”.

“I think as a whole the Wits team [did] pretty spectacularly and there are a number of things we do need to work on, the tournaments are teachings for every single practice that we going to have afterwards,” said Refilwe Gomba, a newly qualified instructor for the club who joined in 2014. 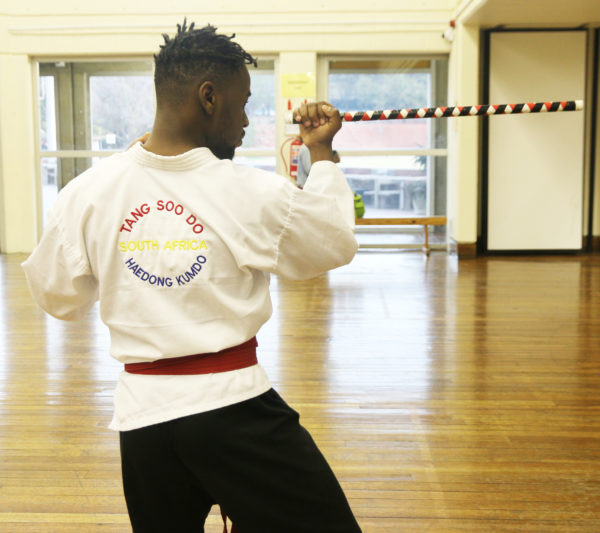 “We also had a new crop of students competing in only their second tournament, having only taken up the sport this year, they showed great spirit and skill in winning a bag of medals too, sometimes against more experienced opponents,” said Hart.

Susan Mwaniki, a third-year BSc student told Wits Vuvuzela that the tournament gave the team great exposure as they competed against kick-boxers who use different techniques to compete.

Twenty-year-old, Mwaniki, who joined the team this year said, “I won gold in both my categories, sparring and traditional form and I think the competition was fair and everyone put in their best,” adding that the team is in a good position as the team is continuously training.

Incoming chairperson of Wits Tang Soo Doo, Makgabo Mahopo told Wits Vuvuzela,  “I am grateful for the opportunity as it is my time to serve the team because I really love Tang Soo Do, it’s great to see the team promoting and empowering women in leading the team,” said Mahapo who was voted chairperson last Tuesday.

During her performance, Mahopo said she forgot her form on the mat but managed to win a silver medal. She said she is proud of what the Wits team achieved at this tournament. “I think we did great, there has been a lot of improvement especially people from the lower belt”.