When most of the city goes to sleep, the Johannesburg Salsa community comes alive.

A night out with the Johannesburg salsa community will push you out of your comfort zone. There is no such thing as having two-left feet, you’ll be asked to dance, regardless, and you’ll be whisked around as if you’re in Havana, Cuba.  Even those who intend on having a quiet meal at any one of these Salsa meet-ups are wrenched out of their seats only to be given an impromptu lesson on the basics of salsa.

Salsa groups and events are to be found all over Johannesburg with some notable gatherings like the Rooftop Salsa’s socials at Six Cocktail Bar in Melville and Sankayi in Morningside on  Thursday evenings. The community often gathers on Saturday nights at parties hosted at random venues which change regularly. 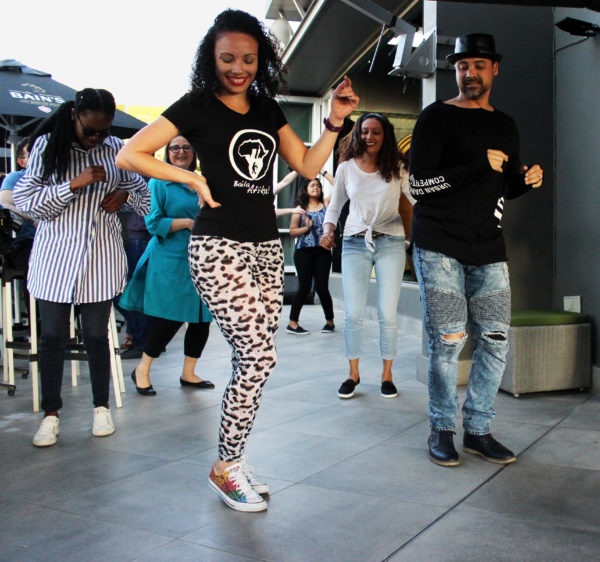 Natasha Wyatt, owner of Baila Afrika, sways her hips as she dances with the salsa community at Pedro Portia. Photo: Ortal Hadad.

A yearning for dance leads to an Afro-Latin deliria.

Baila Afrika, a dance group within the JOhannesburg Salsa community, is known for embracing the African roots of dance and its influence on Latin dancing.

Natasha Wyatt, owner of Baila Afrika, returned to South Africa from London in December 2010 and spent a whole year in Johannesburg searching for a dancing atmosphere similar to the ones she had experienced abroad.

This search led Wyatt, her husband Edward and their two friends, Karl Bajal and Catherine Hill to form Baila Afrika in March 2012. 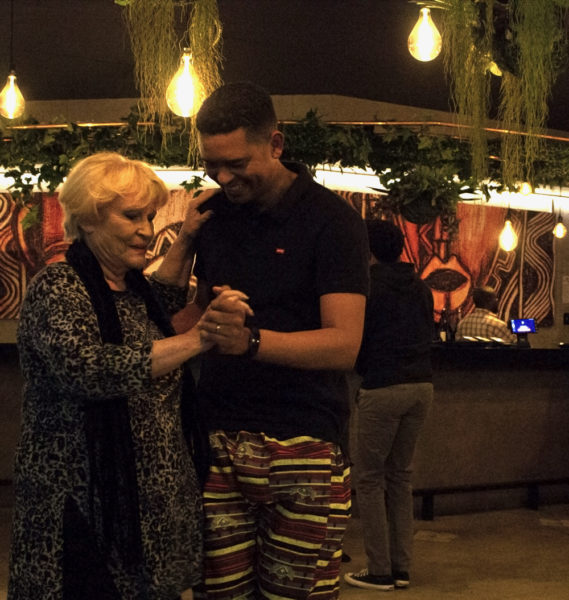 Dancing is a flavoursome ingredient to the melting-pot of Johannesburg

Both Tarryn Martin, a teacher based in Abu Dhabi and Stacey Kennedy, a physiotherapist, emphasised the diversity of the community.

“You’re exposed to so many cultures,” said Martin, while Kennedy said, “The diversity is crazy.”

The dance styles themselves reflect this diversity. Although the focus is salsa, other  styles such as Kizomba, Meringue and Bachata are common, and all are influenced by cultural integration.

Wyatt is selective in choosing venues that resemble the roots of the Afro-Latin dances. Every first Thursday of the month Baila Afrika hosts a social at Kitchen Vibes in Morningside, a restaurant that captures the taste of Africa in its food as well as its decor. Pedro Portia a cigar and champagne lounge in Fourways that is partially inspired by the lounges of Cuba, is where Baila Afrika spends its last Sunday of the month. A little closer to its roots,  Baila Afrika also hosts socials in Soweto.

Dinaledi: Under the Stars

Experience Soweto through a trance of dance

In partnership with Soweto art and craft, Baila Afrika provides an authentic Sowetan experience at the Dinaledi Lifestyle market every second Thursday of the month.

This market takes place in an area called Mofolo which is off the usual tourist strip. 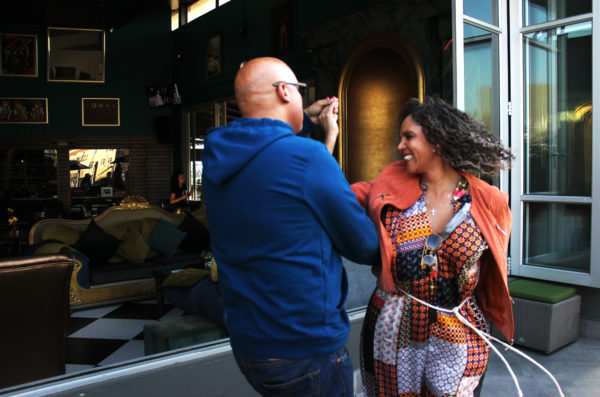 “Most people that go to Soweto go on a Saturday or Sunday afternoon and they go to Vilikazi street or they go to the museums and that’s all of Soweto that they know and love,” said Wyatt.

Baila Afrika organises transports and encourages international visitors as well as South Africans who have never been to Soweto to attend a dance lesson and social with locals.

Wyatt describes the experience as a mutual-sharing between the locals and visitors. She says that once again, the common ground connecting people is dancing.