“It is important to tell a truthful story and convey what is truly happening during this time.”

Shayne Robinson (48) is a photojournalist and content creator. He recently came out of retirement, as he did not want to pass up the opportunity to capture life in South Africa during the covid-19 outbreak.

In his early career, he was inspired by the autobiographical-styled book, The Bang Bang Club: Snapshots from a Hidden War, about four South African photographers during apartheid. He later became a part of the South African Press Association and the recipient of a World Press Photo award. He is currently working as a freelancer for The Citizen newspaper, where he previously worked as a photo editor for three years. 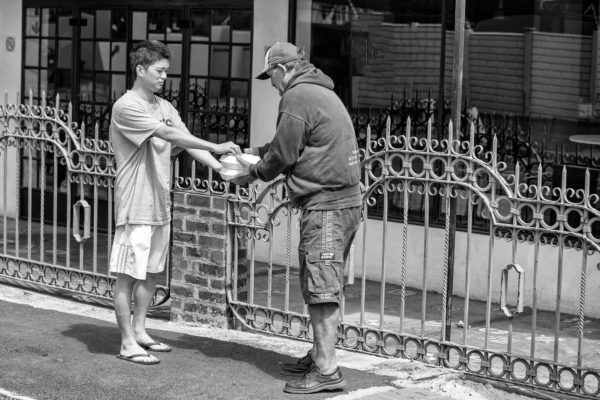 Since the national lockdown began on March 27, he has been able to document the reality of life on the streets of South Africa. He has captured the stories of those suffering, those still willing to help, and those who continue to work under these difficult circumstances. He has conveyed these stories through his photographs, posted daily to his Facebook page, as well as through a series of videos titled The Lockdown Files, on his YouTube channel.

As told to Catia De Castro

Life before and after the lockdown has been like chalk and cheese. I was retired before this. So, I am accustomed to, essentially, playing the mom role in the house. I look after the children and do the housework. In between that, I do some work for non-governmental organisations such as Greenpeace Africa.

However, I could not miss out on the opportunity to capture a story like this, happening here in Johannesburg, right outside my doorstep. I have travelled all over the world, from Libya to Haiti, trying to capture the important stories. Now, it is right here in South Africa.

Since the lockdown began, I have been out on the streets every day, typically from six in the morning, looking for stories to tell. My goal is to tell a truthful story that allows the people sitting at home to see what is really happening outside.

The story is always changing and so, my angle is always evolving too. I see what the new day brings and ask myself, “What do I need to tell now? What is the new aim of the story?” 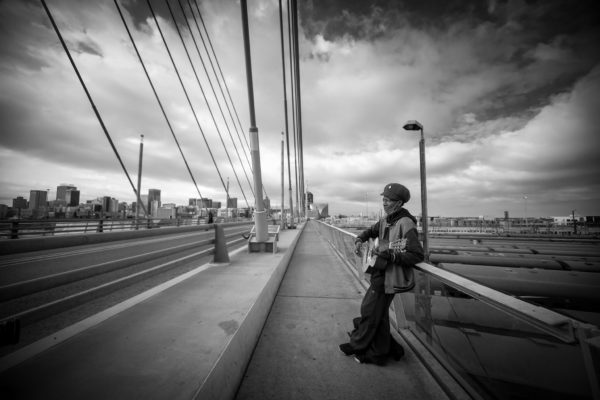 A street musician plays his guitar on the Nelson Mandela Bridge in Johannesburg. Photo: Shayne Robinson

My current angle is focused on the homeless. During this time, the homeless are more visible, as the streets aren’t as busy anymore. As a result, the privileged in South Africa are now seeing the extent to which the people in our country are suffering. The inequalities are highlighted, and that is important.

I have seen many acts of kindness. For example, I came across a Chinese man that owns a fast food business in Rosebank. Every day, he feeds a homeless man that sleeps on the street just outside his restaurant. There is another man that comes with 116 meals every day to provide food for people in need.

There are beautiful stories happening all around South Africa. Those are important moments to capture. In Diepsloot, I witnessed how young men jumped up at the opportunity to help women carry their heavy food parcels. In the age of the #MeToo movement, that is something special to see. 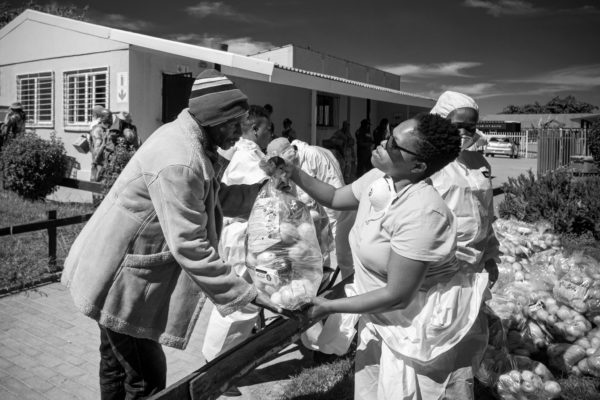 I have found that it works best to assimilate yourself into the situations you are trying to capture. By forcing yourself onto the subjects, you will very rarely get the frames you want. By communicating with people, I have now been accepted by the communities that I work with. Due to our current circumstances though, it is important to take precautions and be careful as to how you cover the stories.

With all that I’ve seen recently, I’ve learnt that people will do what they need to do in order to survive. Given the recent extension of the lockdown period, this is a scary thought. The coming weeks will prove difficult for many people who budgeted for a two-week lockdown period.

I have also learnt that people are a lot more willing to help than you think. I have witnessed countless generous South Africans helping the less fortunate during this difficult time, which is very reassuring.

FEATURED IMAGE: A homeless man and his dog during lockdown in Ferndale, Johannesburg. Photo: Shayne Robinson