On Friday 9 April the Wits Origins Centre reopened its doors again, to a tantalising glimpse into the past.

The Wits Origins Centre reopened on Friday 9 April 2021 for the first time since lockdown began last year. Ticket sales have been moved online and are available only at the door if payment is made with a card. 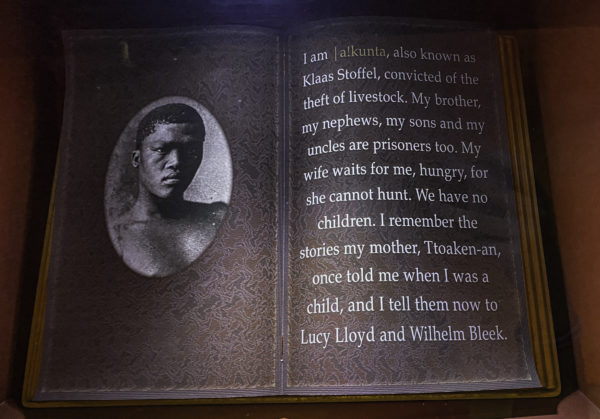 A story on display in the Wits Origins Centre. Photo: Jessica Bunyard

To ensure the safety of visitors the centre has implemented strict covid-19 procedures, including mask-wearing and hand–sanitiser protocols. There are sanitising stations situated throughout the centre.

Upon our arrival at the centre, just before 9am, the staff were just opening up and were extremely helpful and friendly. Receptionist Karayamang Mafora engaged in pleasant conversation and Brian Mogaki made the signing–in process seamless. They were generally easy–going and made the experience brighter.

It could be seen, however, that they had not had many visitors since the reopening, as most of the informative videos were not functional until 10:13 in the morning – over an hour since arrival. The staff at the Origins Centre apologises for the delay.

There were no other visitors at this time, possibly due to it being a weekday, so the social atmosphere provided by people was largely absent.

Although there were some speed bumps to begin with, the exhibits in the centre proved to be diverse and informative. They tell a fascinating story of the past. Moving through the exhibits at this time of the morning was unrushed and insightful.

The centre boasts a multitude of exhibits covering a variety of aspects across the years. A stand–out feature was the rows of stories in books housed in the ‘Signs of People’ exhibit on the lower level. The stories written on these pages are personal and most go as far as putting a face to the story. The stories covered range from imprisonment for killing livestock, to being held captive and much more.

In one hallway, the attention to detail about geometric rock engravings is beautiful. The floor of the hallway boasts stone etched with geometric designs to mimic ones found in a riverbed. 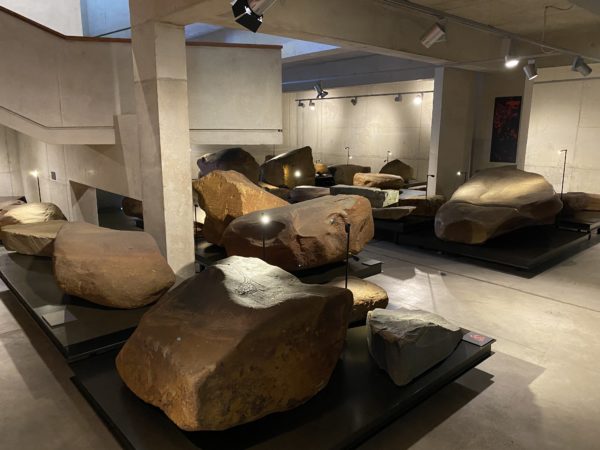 Another feature of the museum is the rock engraving archive. Some of these engravings are difficult to pick out, but the centre has included illustrations next to each rock depicting what is on it. Mafora said the centre is introducing an app which, when it scans a rock engraving, will animate the image across your screen. However, the app is still having a few glitches ironed out.

The tapestry room features an insightful movie, along with vibrant images detailing events of the past and present. The centre provides the names concerning events depicted in each tapestry.

These are just some of the many exhibits on display at the Origins Centre. Each one transports the visitor into a different point in time and leaves a lasting impression.