The Wits Justice Project (WJP) an investigative journalism project of the Department of Journalism at the University of the Witwatersrand is set to co-host the posthumous launch of a book by celebrated photographer, David Goldblatt. The event will take place on Monday, April 26 at Blind Tiger Café in Parkview.

The book, Ex-Offenders at the scene of Crime,  was published by Steidl in 2020, and will be launched in conjunction with the David Goldblatt Legacy Trust and Goodman Gallery. The launch will also be accessible via Zoom as the café, as per covid-19 regulations, accommodates only 50 in-person guests.

The visual novel places David Goldblatt, a photographer who chronicled the realities of oppression in apartheid South Africa, in a position of curiosity in trying to answer fundamental questions about crime in the country. David Goldblatt became curious about these issues after two home invasions which resulted in the theft of his cameras on both occasions. Brenda Goldblatt, his daughter, tells Wits Vuvuzela that her father was constantly looking over his shoulder after these experiences. These shared experiences led the photographer to ask, “Who is doing this to us? Who are you? Are you monsters? Are you ordinary people?” The anonymity behind their [criminals] identity is what led the photographer to embark on this journey of discovery. 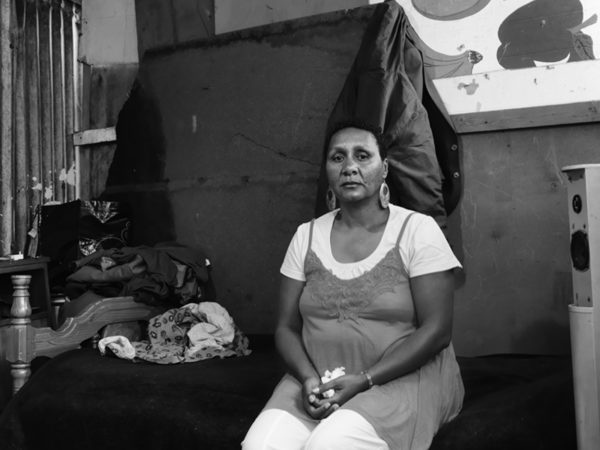 The photographs place ex-offenders within the landscape where they committed their crime, “not to confront the ex-offender but to picture them in stillness and give them the opportunity to tell their story from their point of view without being judged,” said Brenda Goldblatt.

The event will host prominent guest speakers who have dealt with the law on the ground and in the courtroom. Judge Edwin Cameron, retired judge who served on the  the Constitutional Court, and Judge David Unterhalter, the chairperson of the David Goldblatt Legacy Trust, are just two of the speakers who are expected to share their views and findings on the criminal justice system and on David Goldblatt’s work.

David Goldblatt recalls his experience in the book as a “moment of gravity,” his approach was “naïve, not scientific” which Brenda emphasises as an ode to good journalism. David Goldblatt passed away in Johannesburg in June 2018. He was 87 years old.

FEATURED IMAGE: Xolani Seko stands weeping outside the house where, in 1995, his erstwhile employer was accidentally killed
after attempting sex with Xolani, East London. 21 May 2016. Photo: David Goldblatt