The Wits SRC is giving its performance since the commencement of its tenure on November 1, 2020, a big ‘F’ for fail, after its many attempts to effect change across the university’s structures came up short.

At the beginning of the 2021 academic year, 8 000 students faced the risk of financial exclusion, which drove the SRC to embark on an ambitious campaign to raise R21 million to assist those students. According to Mfeka, they were able to raise R6 million, R5.5 million of which was spent on registration, with the remaining R500 000 going towards accommodation costs.

Mfeka says, it was not necessary to allocate a large budget on student accommodation because most students are learning from home. “We have not dealt with the issue of homelessness at the rate which previous SRCs have,” he said. 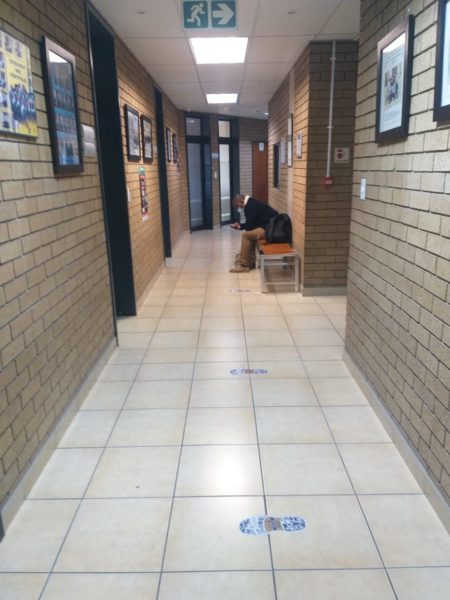 Only 1 354 students were assisted with these funds, far short of the 8 000 that needed assistance. “R21 million was an ambitious goal from the onset. No SRC has done it before,” added Mfeka.

Wits EFFSC chairperson Sivuyile Mhatu is critical of the incumbent SRC. “I don’t know what they have done. There is no fundamental change, and they could not even sustain the protests,” he told Wits Vuvuzela. Mfeka’s response is that it was difficult to sustain the protests and fundraising at the same time.

However, the SRC has managed to negotiate with the university for refunds of up to 25% for all 2020 residence fees. They have also established a portfolio that deals with mental health issues that is managed by Gabriella Farber, in collaboration with the Counselling and Careers Development Unit, the first of its kind for any SRC.

“Our office has a constructive relationship with the SRC, we continuously work together in the best interests of the students,” dean of students Jerome September told Wits Vuvuzela.

Insurance honours student Phumzile Matshiga said it was hard for her to give an opinion on the current SRC’s performance because of online learning. “I have not seen them do actual work on the ground like past SRCs. Before covid-19 I could easily walk into the office and find someone there to help me. Now we just suffer in silence.”

On Sunday, May 16, the SRC will hold a mid-term strategic meeting to discuss plans and strategy for the last six months of its term.

“I want students to know that we did not mask any failures and we were very transparent. It has been difficult, but we are doing our best,” Mfeka said.