There is always a need for new innovative ideas to keep entertainment relevant to a changing audience; why not for football as well?

After mass fan protest, English football club Arsenal decided to withdraw from the controversial European Super League (ESL), a move I feel was a missed opportunity for the club.

The ESL was a breakaway project announced on April 18, 2021 by 12 of Europe’s biggest clubs including Arsenal, Real Madrid and Manchester United, to create an exclusive mid-week competition. It would rival the Uefa Champions’ League, as the super league teams would drop out of this contest, the current premier mid-week competition of European football.

Florentino Perez, president of Real Madrid, and Juventus chairman Andrea Agnelli were the main drivers behind the potential launch of the super league. Perez cited the financial loss for top clubs during the covid-19 pandemic as the driving force behind the ESL.

“There is a need for a new economic model and to improve the quality of European football, as people are not interested because there are a lot of low–quality matches,” said Perez.

“The clubs concerned will be banned from playing in any other competition at domestic, European or world level,” a Uefa statement said.

I agree there is a need for a new economic model in European soccer. Football has become dominated by teams with billionaire owners who provide their management staff with the funds needed to sign whichever players they want.

Most of the opposition to the ESL concerned its elitist approach, which would confine participation to a select few. The 12 clubs would always have a spot in the league regardless of how well they perform. The current domestic and champions’ league operate on a basis of merit, where only the four top performing teams at the end of the domestic season are allowed to play in the Uefa league.

Former Arsenal manager Arsene Wenger labelled it a bad idea, as “football is based on sporting merit” and everyone should have the same chances to succeed. Current players and managers also spoke up against the potential launch. Manchester City midfielder Kevin de Bruyne posted a statement on Twitter emphasising the need for competition in football, and he was echoed by manager Pep Guardiola (video below).

Manchester City boss Pep Guardiola says a European Super League without promotion or relegation is “not sport” and has urged club owners to clarify the decision.

Pressure from fans, former players and even government led to the withdrawal of nine of the 12 ESL teams. Arsenal released an apology: “As a result of listening to you and the wider football community over recent days, we are withdrawing from the proposed super league. We made a mistake, and we apologise for it.”

After reading the statement I remember feeling a sense of disappointment: Why should the club apologise for showing interest in a project that would provide both the funds necessary to sign the world’s best players and a competition where we could again compete with Europe’s best teams?

Arsenal is a once successful club I have had strong affinity for ever since being introduced to it as a child by my cousins. From the glory days of Arsene Wenger to its recent decline, I have stuck by my team, losing count of the number of jerseys I have bought over the years.

A lack of financial investment in the playing squad left the club unable to compete with the teams at the top of English football. Arsenal ranked 16th in a study published by business account Swiss Ramble on investment provided by the owners of all 20 premier league teams from 2010 to 2020. This lack of investment in the playing squad resulted in a failure to finish in the top four and subsequently to qualify and play in the champions’ league.

Would the ESL be a violation of the moral code of competition? Yes, as with no relegation from the league there is no incentive to win or lose. Would the ESL further widen the financial gap between the top clubs and the smaller clubs in Europe? Yes, because the richer clubs taking part would have access to £3 billion in covid-19 relief funds provided by the ESL organisers. But this was a process that started long before the launch of the ESL.

Perhaps football should be privatised, as clubs like Arsenal cannot be blamed for grasping an opportunity to rectify the failures of the ruling governing bodies. I believe the prospect of heavyweight matches between teams such as Barcelona and Juventus taking place week in and week out would have made for a great viewing experience.

I expect to see more attempts to launch projects of the sort in the future, as owners of football clubs seek new ways to make profit. 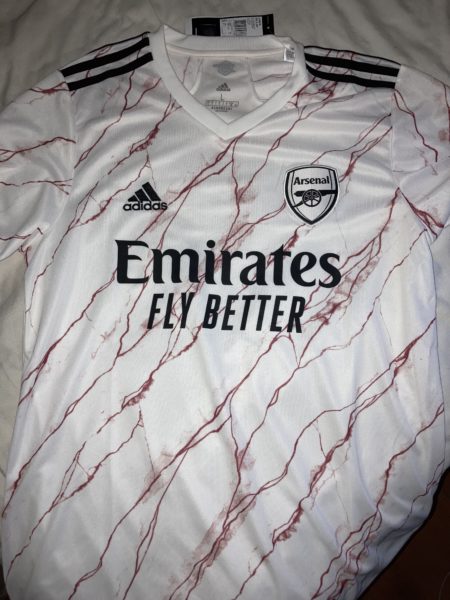