An organisation initially started to help homeless people in Braamfontein is now supplying bread and snacks to food insecure students on campus.

Students from Men’s Hall of Residence and the Sunnyside Residence in association with the Food Bank, have joined forces to fill up empty tummies. They launched the Bread Basket project at the Sanctuary on May 20, 2021. 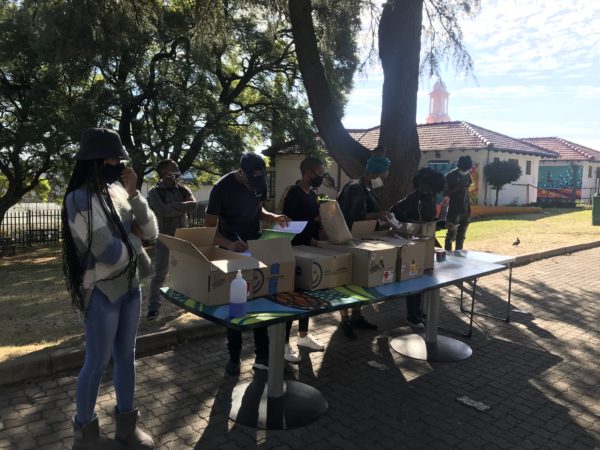 A volunteer at the Food Bank, Sandile Shabangu told Wits Vuvuzela: “Today is the first of many days where we’ll be giving a limited number of bread slices that we have to students considering that the food bank is out of food.” The food bank has been completely out of food since May 17, 2021. 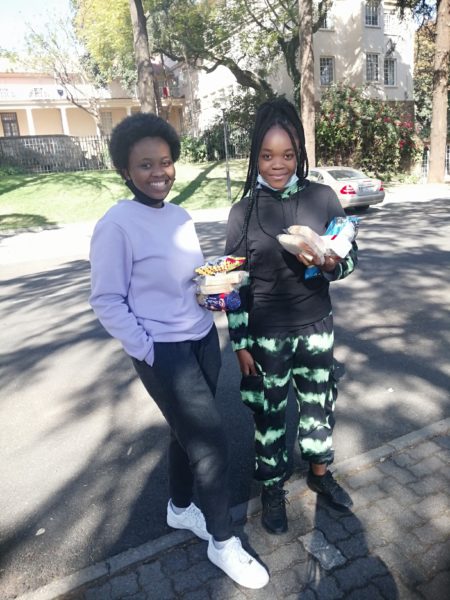 Shabangu often assists at the Food Bank. He told Wits Vuvuzela how disheartening it is to witness students being turned back because the food bank has no food, as demand has increased but donations and deliveries from their major sponsors haven’t.

Two first-year students that benefited from this initiative on the first day told Wits Vuvuzela how special being helped by their peers was: “It means a lot to us. It takes the spirit of Ubuntu, as a student yourself to just come out and donate food,” said Emihle Yaso, a NSFAS funded student. Another Student, Faith Nkone, said the project brings a sense of hope and the fact that the students are supporting each other is what she appreciates the most.

Yaso said that as a NSFAS funded student, there are times where food is hard to come by and towards month end is when things get more difficult, as she often runs out of both food and money. Nkone is a self-funded student, “It’s hard sometimes and I think it’s also hard for my parents, and I don’t want to complain because I feel sorry for them.”

Sunnyside residence organizers Dineo Meza and Dimpho Henson told Wits Vuvuzela that Men’s res already had an initiative where they give those in need food. Sunnyside saw this as an opportunity to start something a little different, “We thought let’s add more value to it, so we thought of WCCO [Wits Citizenship and Community Outreach] to help other students. We’re really at a privileged point [both residences are catered for] we sometimes get the food, don’t eat it and end up throwing it away,” Meza explained. 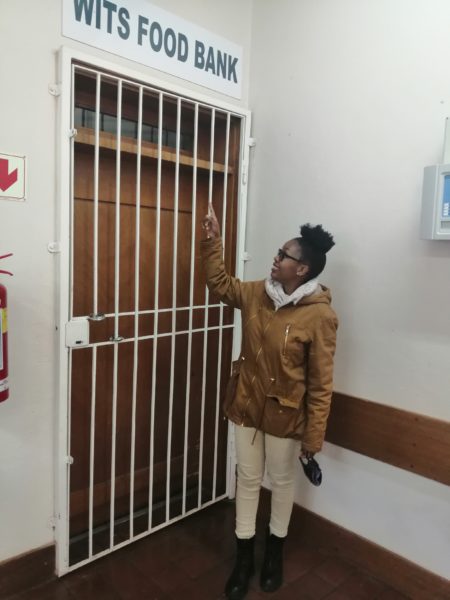 An organization called ‘10 2 The Future’ driven by students from Men’s res was part of the initiative. Sphamandla Mlangeni an executive director of the company, said they have been giving out bread and snacks to homeless people in Braamfontein every Friday night, since April 2019. He said they could easily spot them at night as they would be sleeping on the side of the road.

Caroline Phofi, a social worker at WCCO told Wits Vuvuzela that both the residences approached WCCO mainly for support as, “Most students are hungry and they are in need of food.” WCCO better known as the Food Bank has a system in place where students in need can use a link on their Facebook page to express interest and then collect from their food parcels at a given time.

“Ideally a student comes once in a cycle of four weeks to give other students a chance. There’s a lot of students coming through as a result, our food bank is empty,” Phofi explained.

The Bread Basket project welcomes donations of non-perishable food, like noodles, biscuits, chips just to name a few. “We know that it may not fulfil you, but it will take you a long way,” said Henson.

FEATURED IMAGE: Students from Men’s res and Sunnyside residence outside the Food Bank, Sanctuary, after donating bread and snacks to other students. Photo: Mandisa Ntuli