The South African media serves a diverse audience in terms of class, gender, race, religious beliefs, and sexuality but offers no diversity, according to Prof Tawana Kupe, a prominent media scholar.

Kupe, Dean of the Wits Faculty of Humanities, was speaking at the launch of a report on the SABC’s (South African Broadcasting Corporation)  lack of diversity at Wits recently.

Media Monitoring Africa (MMA), researched and compiled the report. Thandi Smith and Lethabo Dibetso from MMA said it was critical that content by the public broadcaster represented South Africa in all its diversity.  They said they had monitored SABC’s programming from April 1, 2012 to May 15, 2012 and discovered that 76% of all programmes broadcast were in English across SABC 1, 2 and 3.

They also noted variety of children’s programmes and very few programmes that “spoke” to people in rural areas in the own languages. There was also concern over the dominance of North American programmes.

Smith said 62% of news sources were organisations’ representatives and spokespersons, and one “always knew what they were going to say”. Eighty percent of the sources were seen to be male, and they recommended that diverse and equitable sourcing be inculcated in all SABC newsrooms.

Dibetso said the SABC was failing in its mandate to “be varied and comprehensive, providing a balance of information, education and entertainment meeting the broadcasting needs of the entire South African population in terms of age, race, gender, interests and backgrounds” as stipulated in the Broadcasting Act.

Carol Mohlala, from Save our SABC Coalition said she was unhappy about the non-representation of Ndebele and Sepedi and wanted to know what ICASA and parliament were thinking about SABC’s performance.

Responding to the issue of repeats, Ingrid Bruynse from Bright Media said repeats were no always a bad thing if they related to children’s education. “But poor repeats serve absolutely nothing.”

Akieda Mohamed, representing South African Screen Federation, said her organisation had face “a bleak, bleak time for the past five years” and had a vested interest in the functioning of the public broadcaster. 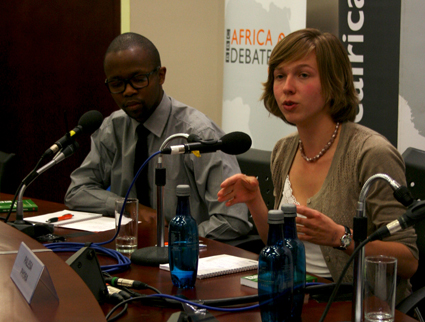