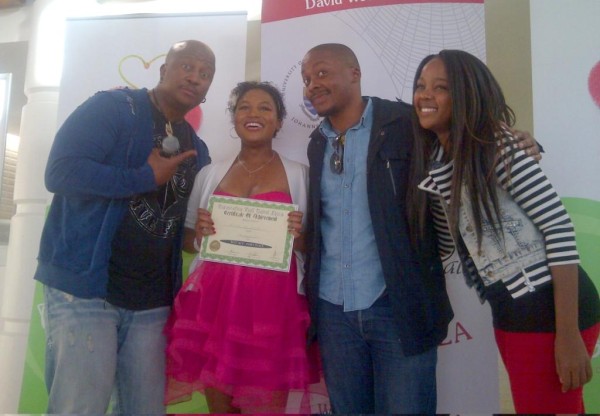 Skyroomlive.com presents a series of shows by major local artists this month, performed on the roof of Jo’burg’s Lister Building. These exclusive events will cost a pretty penny (R300), but if you don’t want to miss out on acts such as The Parlotones, Prime Circle and Jack Parow, simply log on to www.skyroomlive.com or Facebook to watch the show via live streaming. All shows will be streamed live from 7pm to 8pm. The line-up is as follows:

Look out for some of the Vuvuzela team on Sunday 22 April – we’ll be covering the CrashCarBurn show.

On April 26, Nicci Beach at Wild Waters will play host to DJ Fresh, Ricardo Da Costa, Harael Salkow, Kyle Worde, and Deepgroove, among others, who will play to crowds across three dance floors. Nicci Beach promises “an audio-visual banquet in an electrifying circus atmosphere”. Five hundred “early bird” tickets are available at R100, pre-sale tickets cost R120, and tickets bought at the door cost R150. The party is set to run from 8pm to the early hours of Freedom Day.

MK music channel is hosting 33 top local artists at the Vaal Marina Waterfront in Vanderbijlpark from Friday April 27 to Sunday April 29. This is first of what MK hopes will be an annual event. Performances start at 10am and a DJ will take the estimated 30 000 fans on to 4am. The event also boasts jet ski rides, para-sailing and a showcase by the world champ wakeboarding team. The full three days will cost R450, while a one-day pass is R180. The line-up includes The Black Hotels, Jack Parow, Flash Republic, Goodluck and aKING. For more details, visit www.mkbydiedam.co.za.

For the more cultured student, the Jo’burg Wine Show is happening from May 4 to 6 at the Coca-Cola Dome. The event promises “a fun, interactive and educational celebration of all things wine”, and offers tastings from popular estates, as well as from boutique wineries. Tickets range from R100 to R180. For more information, visit www.goodfoodandwineshow.co.za

The Colour of Music is Green

The Colour of Music is Green Festival, the “world’s first global warming festival”, is happening at Huntersfield Stadium in Katlehong on Saturday May 5. The line up includes Micasa, DJ Fresh, DJ Kent and Teargas. Tickets will set you back R120 or R250 for a VIP ticket. See www.rudzconcepts.co.za.

Get your heart racing and your blood pumping on Jo’burg’s very own Ghost Bus. The tour begins at 7pm at Pound & Penny Pub, at the Sunnyside Park Hotel, and returns at midnight. In between, the bus will make stops at Jo’burg’s most haunted sites, and offers participation with dowsing rods used to find “energy fields”, which might indicate an otherworldly presence. Details and photos of the tours can be found at www.mysteryghostbus.co.za. The next tour is scheduled for Saturday May 12. Tickets cost R295.