Been there, done that

South Africa successfully hosted a 2 billion dollar soccer tournament in 2010, so building the world’s most powerful radio telescope at the same cost and with many more long term benefits should not be a problem.

Dr. Adrian Tiplady shared some of the advantages to hosting the Square Kilometer Array (SKA) radiotelescope in South Africa with the public at the Wits Origins Centre last week. Tiplady is the South African SKA Site Characterisation Manager and one of Mail & Guardian’s top 200 Young South Africans.

The SKA is a global futuristic science project that was first devised in 1991. Tiplady explained that the telescope had to be designed using technology that would only be available in 2016. It will be 100 times more sensitive than today’s telescopes and will have the computing power of 1 billion personal computers.

Scientists use radiotelescopes to see into the past, to the origins of the Universe – an appropriate topic for a talk at the Origins Centre, said Tiplady.

Telescopes like the Hubble use light to take pictures but space dust and other obstacles may hide objects further away. Radiowaves move through these obstacles which means that astronomers can “see” much more by “listening” with radiotelescopes.

These radiotelescopes must be built in areas where there is little cellphone, radio and TV interference. Tiplady said the Northern Cape is the perfect location for this. He also said South Africa has superior technical solutions and is home to the world’s leading science and engineering team.

South Africa is bidding against Australia to host the telescope and rumours are rife that the two countries may have to share the site.

Tiplady said that although a huge disadvantage of this would be the high costs involved, his personal opinion is that sharing will ensure that scientists collecting the data will never miss anything.

At a press conference earlier this year the Minister of Science and Technology, Naledi Pandor, joked that not sharing the site was about the only thing on which she and the Australian minister agreed.

Wits on the final frontier

WITS has the potential to become the African hub of astronomy thanks in part to South Africa’s bid to host the world’s biggest radio telescope.

South Africa is bidding to host the Square Kilometre Array (SKA), for which Prof Sergio Colafrancesco holds a research chair at Wits. Colafrancesco spoke to Vuvuzela after a decision on the host country was delayed last week.

In the eight months since his appointment Colafrancesco has already assembled the largest astronomy research group in Gauteng and it is growing fast.

In addition to the SKA project, Wits is very active in developing southern Africa as a the place to be for astronomy research using a range of different telescopes, or a multi-frequency approach: Southern Africa already has the optical Southern African Large Telescope (SALT) and Wits is assisting Namibia in bidding for the gamma-ray Cherenkov Telescope Array (CTA).

In addition, Colafrancesco said the Mitra, KAT-7 and MeerKAT telescopes are all part of the bid to host the SKA, so the bidding process itself was worth it for astronomy in South Africa.

Listening in on the big bang: Some of the 7 dishes of the KAT-7 telescope built alongside the SKA site. The SKA will be the most powerful telescope ever built. It will use radio waves to look back in time to the beginning of the universe. See more pictures and information at www.ska.ac.za. PHOTO: DR NADEEM OOZEER

These telescopes also show South Africa’s commitment to hosting the SKA. Such projects are absent from Australia, the other bidding country.

Scientifically, South Africa’s site is better, labour costs are cheaper and high-speed internet lines to Europe are already established, said Colafrancesco. He also highlighted many other advantages to building the SKA in Southern Africa rather than in Australia.

The SKA’s decision making committee delayed the expected announcement last week saying it was “important to maximise the value from the investments made by both candidate host regions”.

Colafrancesco agrees with the SKA committee in this but, in his opinion, there is no doubt that South Africa’s site will the best choice for everyone involved.

“It’s not a competition like a rugby match – everyone should win.” He said South Africa’s site combined with Australia’s experience in radio-astronomy makes the most sense for the project.

He said South Africa should remain optimistic about winning the bid because last week’s delay allows the deciding committee to become more aware of South Africa’s advantages and opportunities. “It’s a chance for the world to open their eyes about South Africa.” 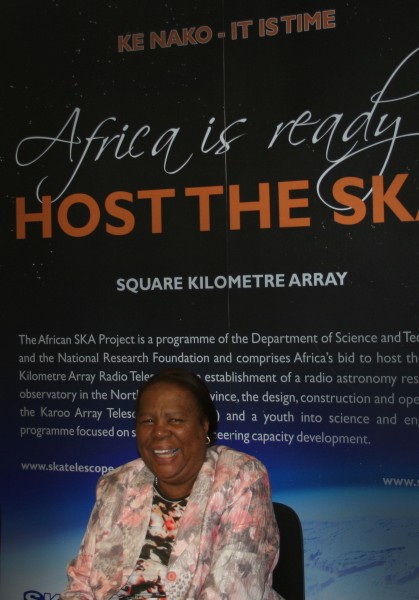 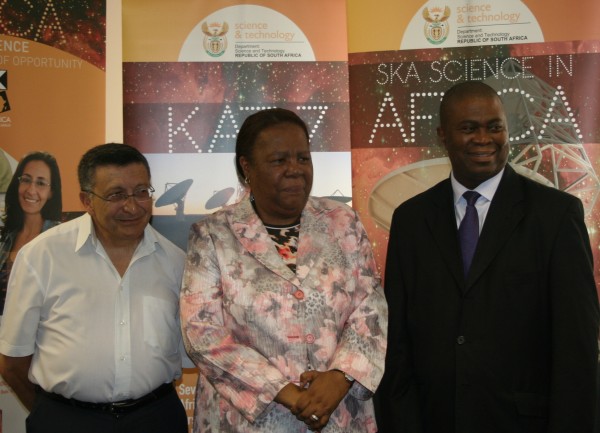