SLICE OF LIFE: Living life with a different voice 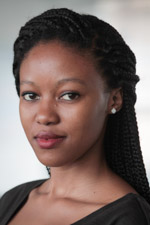 I remember  watching The King’s Speech in second year, a movie recommended to me by my friend Kundai. Of all scenes, I specifically remember the dialogue between King George IV and Lionel Rogue his speech therapist.

Upon realising that Lionel is sitting on “St Edward’s chair, a seat on which every King, every queen, sat”, he breaks into a tantrum and says: “Listen to me, LISTEN TO ME!” When Lionel challenges the King on why he should be listened to, the King finally exclaims “Because I have the right to be heard, I HAVE A VOICE!”

It had taken the King so many years to take ownership of his voice and realise that he, like most people have a voice.

“social media has opened up a private sphere which allows me to form words at my own pace.”

I wish I had that confidence growing up. When I was just eight years old, ‘owning’ my own voice didn’t make any sense.

I desperately wanted God to change or take away my voice. I didn’t want to own it. I suffered from a stutter.

At that age I would often go to our bathroom, kneel down on our white cold tiles and ask: “Why me God? Why ca…ca..can’t I s….s..speak like normal people. Please change it. Take it away. Make me normal”

That following morning I woke up excited that God had listened to my prayer.

Thrilled to greet my Dad I opened my mouth and realised that God hadn’t listened when I found myself stumbling on “Sssssss…sa…sawubona Ba…ba” (Hello Dad).

It didn’t make sense to me why I spoke (and still speak) differently from my peers who would often stare in discomfort, impatiently waiting for me to finish my sentences.

I was full of energy and had words to share but was never afforded the platform or the opportunity to express myself I had to consider how those around me would feel by the public discomfort caused by my stammer.

Many people who stammer (myself included) shy away from expressing themselves fully for fear of being looked at with a blank stare  as we shape words with our mouths just to be disappointed when we can’t release them. For so long I wanted to a have voice. A voice that commands, a voice that gets people’s attention.

As I’ve grown up I’ve learnt that I don’t need to speak perfectly in order to have a voice and be heard. My voice is different and unique.

“social media has opened up a private sphere which allows me to form words at my own pace.”

For a young lady who never underwent speech therapy, writing and social media has opened up a private sphere which allows me to form words at my own pace. The privilege of being able to form my own words in private hides the “weird” techniques I use such as rocking back and forth and stopping mid-sentence to take a huge breath.

Like the King when he finally said “I have a voice”, I realised that by acknowledging and embracing our differences we can participate in and understand the diverse world we live in.

Finding my voice is finding the strength to realise that I, like everybody else can own my voice.