END_OF_DOCUMENT_TOKEN_TO_BE_REPLACED

The Wits rugby team suffered a 61-8 defeat to the University of Free State (Shimlas) in their first Varsity Cup match at the Wits rugby stadium on Monday night.

Wits only managed to get on the scoreboard by virtue of a try by centre Jacques Erasmus and a penalty from flyhalf Laitume Fosita.

The Wits game was characterized by missed opportunities and physical displays by both teams.

Although Wits were the first to get on the scoreboard the celebrations from the crowd were short-lived when Shimlas responded with penalty of their own, a try and fruitful conversion to bring the score to 8-2.

The match was played in wet conditions but Shimlas dominated from kick-off with a strong physical display.

Coming into the clash, the pressure was on the Witsies to deliver following their promotion from the Varsity Shield to the Varsity Cup.

Wits was down 2-32 at half time and the home team seemed rattled by the tough Shimlas side.

Wits didn’t fare any better in the second half as they missed a number of penalties but were still able to display some strong defense. But Shimlas continued their onslaught with noteworthy drives and tackles.

The referees were not popular among the Wits crowd as they believed a number of faults by Shimlas were missed.

With 10 minutes left of the game the score was 48-2 to Shimlas and Wits showed no signs of picking up the pace as runs and passes continued to be unsuccessful.

The atmosphere at the rugby stadium was palpable as students rallied behind the Wits team with spirited war cries and cheers. Wits first year residences arrived clad in their respective residence colours and sang through the entire match.

In the end, Wits was outplayed in their first match of the Varsity Cup by a technically superior Shimlas. 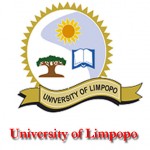 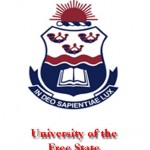 A Tuks medical student has been granted a court interdict against a fellow student, for sexual harassment.
The respondent reportedly said to the applicant, “I am going to sit behind you and follow you on campus and in your car… I love you, I am going to stalk you for the next three years… Man bitch! Fag! Weirdo! I’m going to bliksem you!”
The order prevents the respondent from making any contact with the applicant, physically, telephonically or electronically.

The 22-year-old student claims the respondent is hounding him with text messages and on Facebook despite having explicitly assured the respondent that he is not homosexual. The student attempted to block the respondent on the site but the respondent created false profiles to contact him, declaring his love for the medical student.
In the messages, the respondent reportedly begged to see the applicant naked, and “to kiss him and if he [the applicant] felt nothing, promised to leave him alone”.
In his statement, the applicant said, “The respondent is making it impossible for me to normally attend class. He is invading my personal space. He makes me feel unsafe and I desperately need the protection of the court.”
The respondent’s mother wrote a letter supporting the application for the court  order against her son. She expressed her “absolute regret” for the “fiasco” that her her son was responsible for.

A University of Limpopo student has been arrested for allegedly dumping her newborn baby in a toilet.
The dead infant was discovered in a pit toilet in the garden by the owner of the off-campus residence where the girl lived. It is unclear whether the baby was alive when the incident occurred.
The third year BA Administration student has been barred from her residence, but the university has said that they will support their student.
“While we regret the incident, we will give our student emotional support,” said Kgalema Mohuba, the university’s spokesperson.
The body was taken to government mortuary, where a post-mortem will be conducted to determine cause of death.

Lectures at the University of Zululand were disrupted this week, following violence fuelled by a dispute between student political groups.
The dispute began last weekend at a student representative council (SRC) meeting held to brief students on the activities of the National Students Movement (Nasmo)-led council during its term of office. The conflict was reportedly between Nasmo, the South African Student Congress (Sasco) and the Young Communist League.
On March 25, six students were injured and a staff member was assaulted.
The violence continued into the evening of March 26, when another six students were injured when the  rioters  began throwing stones.
KZN police spokesperson Captain Thulani Zwane said no investigation was under way. “Police will investigate when people come forward to open cases,” he said.
The provincial levels of the various student groups involved have condemned the violence.

University of the Free State

Approximately 10% of UFS students go without regular meals according to the NoStudentHungry campaign (NSH)  .
The campaign aims to raise money for a food bursary, which will be used to help students have healthy daily meals.
“These students do not ask [for] red meat; just something to be able to study,” Rector Jonathan Jansen said at the event.
Jansen has donated the royalties from his book, We need to talk, to the campaign, amounting to R100 000.
University spokesperson Lacea Loader said students who were awarded the NSH bursary were selected on the basis of financial need, academic performance, involvement in student programmes, and community engagement.