A group of Witsies, collaborating with international scientists, have made groundbreaking discoveries that could change the way we view the origins of life.

END_OF_DOCUMENT_TOKEN_TO_BE_REPLACED 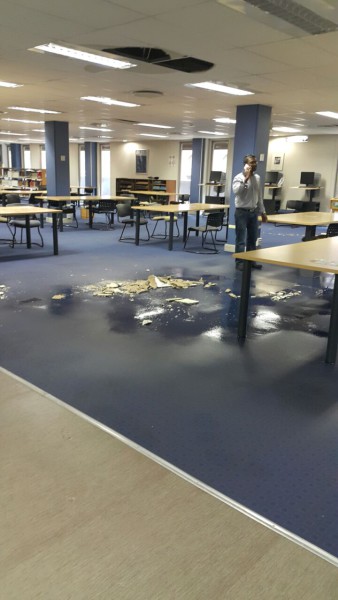 No water at Wits, supply back on Tuesday

Lack of water supply due to routine maintenance carried out over the weekend causes disruption in parts of Johannesburg including Wits, Braamfontein and Parktown

END_OF_DOCUMENT_TOKEN_TO_BE_REPLACED

Wits University was the first to try out the waterless urinal in South Africa.

In 1983 the Switzerland based company Addicom introduced the waterless urinal to South Africa during a time when the country was suffering from a major drought.

The first waterless urinals allowed urine to be flushed down into the urinal and straight into the pipe line without the need of any water.

However, these initial models were not favoured as they needed constant maintenance and over time would cause a build up of sludge which gave off a bad odour.

The next model was one that allowed urine to pass through a layer of vegetable oil which would float on top of the waste and block any smells.

The oil may have suppressed the smell, but dirt and grime became an even bigger issue. Later an alternative sealant liquid was used to suppress smell. This still caused grime build up over time.

After extensive research and tests, a solution to the problem was finally found when Addicom introduced the new waterless urinal model in 2000.

The new system was patented the “EcoSmellstop” which used a system which sealed off odour and has self cleansing properties. This made maintenance far better than in the past.

The “EcoSmellstop” works with a drain that has a none-return valve, known as the “curtain valve”. This valve opens when a small amount of liquid is poured onto it and then closes again. Women might see this as being the valve, or flap seen in a porter-potty.

In this way no sealant liquid or water is needed to dispose of urine.

Wits University was the first to experiment the invention of the “curtain valve” which was introduced in 2003.

Within the first three years of its introduction, around 100 000 “EcoSmellstop” urinal, curtain-valve systems have been installed throughout South Africa. This allowed municipalities to also provide toilets in areas where it would otherwise be very expensive to do.

The waterless urinal was a success and now many public areas such as taxi ranks, schools and universities country wide, make use of this low maintenance, cost effective solution.  Wits just happened to be one of the first.