Overloading of buses violates what is on the “NO OVERLOADING” sign. 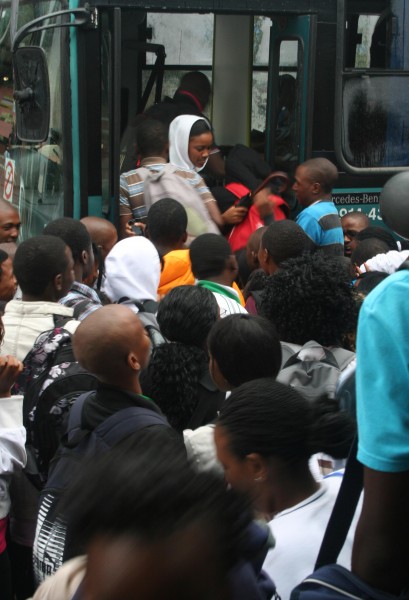