Campus parties blame each other for ‘dirty’ campaigning 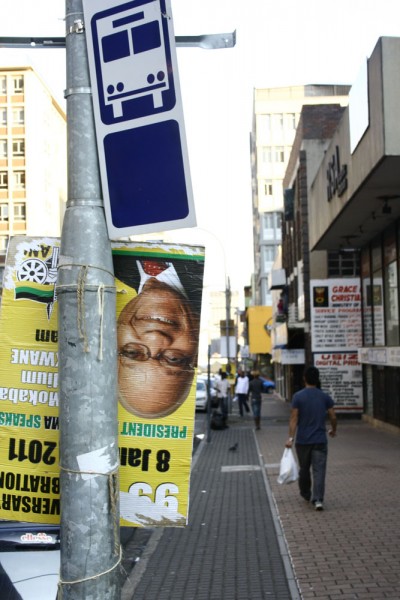 BOTH the ANC and DA have accused each other of “dirty” campaign tactics in the build up to the local elections, according to several reports.

Neither the Democratic Alliance Students Organisation (Daso), nor the African National Congress Youth League (ANCYL) at Wits directly named other parties, but did believe unfair campaign tactics were being used.

Godfrey Maja, ANCYL chairperson at Wits, said other parties’ campaigns are based on what the ANC does and are also “trying hard to prove how they like black people”.

He believes “some party” defaces its own posters and then blames the ANC for the vandalism.

Nazley Sharif, Daso chairperson at Wits, said: “Tearing posters down or defacing of posters does happen and does not promote free and fair elections.

“It is in contravention of the Electoral Act and university rules and regulations.”

Sharif said: “As we can see by looking around us there is nothing to show [what has been achieved] and thus [the other party’s] campaigning is to discredit the opposition parties.”

Sharif believes such campaigning will have only have a small effect on voters and said “voters know that they can choose five years of corruption, inefficiency, poor service delivery and economic decline or they can choose the DA”.

Maja also believes “dirty” campaigning will not work. He said the ANC does not need tactics to win the elections and that “claiming to be an alternative won’t work”.

Maja said people are aware of the “excellent work the ANC is doing despite negative and politically influenced coverage by the media”.