Biotweet – Witsies trending all the way to the top

SOCIAL networking takes on a whole new meaning as five Witsies take their scientific research to an international stage this week. 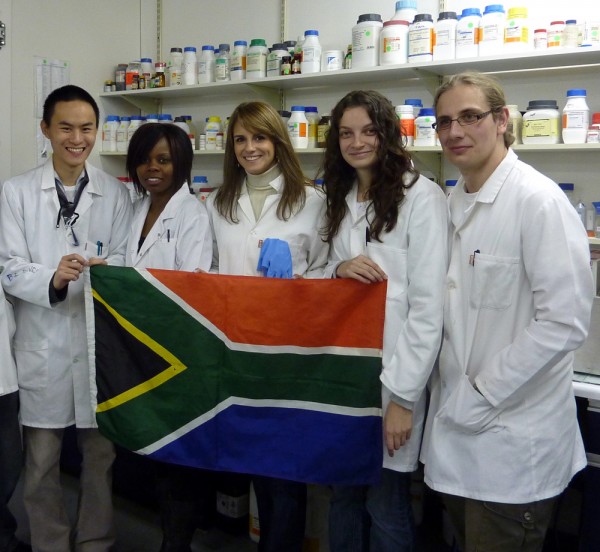 The students left for Amsterdam on Thursday where they will compete in the semifinals for the international Genetically Engineered Machine (iGEM) competition hosted by the Massachusetts Institute of Technology (MIT).

Their research, which they call the “biotweet”, involves taking bacteria and configuring it to carry messages within a network, allowing it to pass messages back and forth and perform tasks depending on the information communicated.

Team adviser and masters student in molecular medicine, Michelle Robinson, said: “The bacteria could seek out toxic substances in water, for example, and come back to tell other bacteria to go and absorb the mercury and detoxify the water or signal to a user that mercury has been found… the idea is that they are ‘Tweeting’ each other as they find out information.”

The team consists of five students from the faculties of health sciences, science and engineering. They also work closely with the Council for Scientific and Industrial Research’s synthetic biology division and are the only team from South Africa to compete in the iGEM.

Professor Marco Weinberg, faculty adviser for the project, said: “Synthetic biology is really all about bringing together the fields of biology and engineering and it is fantastic that we have managed to get students from so many disciplines together to produce an amazing project like ‘biotweet’.”

He also said it was very significant having a South African team at the competition.

“The iGEM competition is very competitive and the standard is at a high level. The team has worked very hard to produce exceptionally good science and I am optimistic about our chances of getting a gold medal and going through to the finals at MIT.

“It’s a really fascinating field. It is multi-disciplinary so students from humanities, mathematics, computer science, engineering and biosciences all have something to offer in terms of developing these machines.”

The global finals will be held at MIT in Boston, US, in December. To find out more go to http://2011.igem.org/Team:WITS-CSIR_SA.