SRC President Sibulele Mgudlwa wrote a ‘closed’ letter to the the white friend he wishes he had. Below is the letter that was published on his blog. 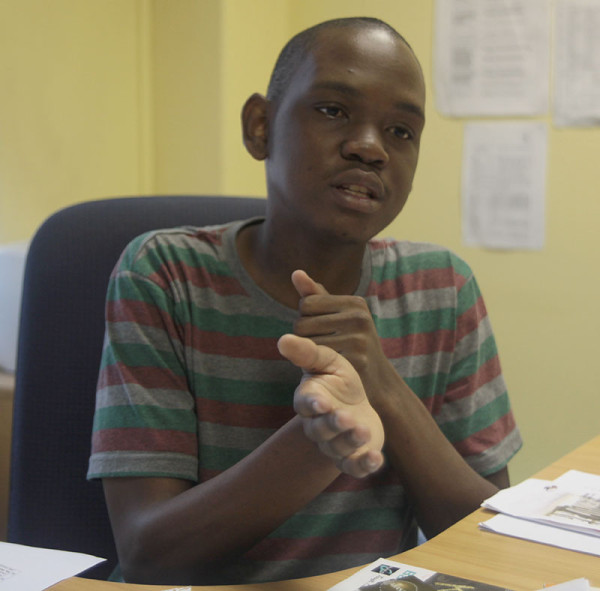 Firstly, you will note, by now, that this is actually an open letter. For this, I apologize; I simply could not contain and stop myself from falling into this new trend of open letters.

I do hope that it will not deter you from taking its contents to heart, for all that is written here is from the depths of my heart.

You will also note that you do not exist. Indeed, I do not have a white friend, at least not a human one. But I’ve been thinking about having one a lot lately and so this is the first step I am taking to getting one. And so I write this closed letter which is open in order to share with you why we are not friends yet and why it will be difficult to maintain a friendship should we start one. [pullquote align=”right”]”I assumed that I’m just racist”[/pullquote]

I must say that it is quite surprising that I’ve never had a white friend even though I attended what most people would call “white schools” throughout my life.

I mean, mathematically speaking, I should have had at least one white friend in my life. When this realisation came to me, I assumed that I’m just racist. However, more thought on this issue led me to believe that I am simply suffering from an incorrigible personality characterized by traces of mild ignorance and largely baseless stereotypes. For me and many other young people out there, it becomes hard to transcend beyond one’s religious, tribal, cultural and economic caste and tap into unknown territories.

This mild ignorance is further underpinned by different, largely ill-formed opinions on many issues.

And so, to me you’re a white, Christian boy who has a little sister named Mary Ann (named after your granny who’s in Australia). Your tuition fees are probably all paid up and you don’t have residence fees because you commute every day in your comfortable, petite car. Can you not see that any relationship with you will be hard because I’m a traditional man who believes in those scary things called ancestors, who has four siblings brought up by uneducated parents with a mother who doesn’t work? I see this family of mine once a year and I live at a self-catering residence (and I am in debt, naturally).

[pullquote]”This mild ignorance is further underpinned by different, largely ill-formed opinions on many issues”[/pullquote] I will admit that at times I feel bitter towards you because of your privileges and this deters me from seeking a meaningful friendship with you.

Now, I had a chat about this with my younger brother (who exists), and he asked me why I can’t I simply educate myself to rise above these stereotypes. And this also made me somewhat bitter. Why can’t you make an effort to befriend me?

Why must it be me, with all my baggage in life that makes an effort? Why can’t you write me a closed open letter?

I have against you and other white people like you. Perhaps I need a white friend for financial benefit which includes getting a lift to Bree Taxi Rank whenever necessary.

One thing is for sure though; I think the time has come for me to have a white friend.

Sibulele Mgudlwa  is the president of the Wits Student Representative Council.