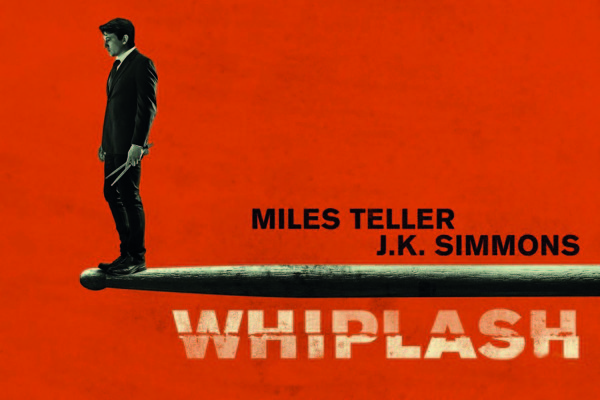 There is a thin line between pushing students to achieve their potential and being abusive. In Damen Chazelle’s film Whiplash a first year jazz student, Andrew Neimann (Teller) is pushed to the brink of destruction by jazz lecturer and conductor Terence Fletcher (Simmons).

Fletcher abuses his students emotionally and physically throughout the film and is especially hard on Neimann, the newbie in his prestigious Studio Band.

This heart-wrenching film keeps viewers captivated as we watch Neimann’s journey to become a core drummer. Neimann is pushed to such an extent that he becomes obsessive with becoming the best and this ultimately destroys his personal life and emotional well-being.

In a number of scenes viewers are left sitting on the edge of their seats as they literally watch blood, sweat and tears fall on the drum kit during Neimann’s attempts to impress his abusive teacher.

Fletcher’s lack of morals and manipulation of Neimann makes him nothing short of a monster. In his attempt to destroy Neimann, he comes close to imploding his own reputation.

Simmons’ performance was unbelievable. His Oscar is well-deserved. Simmons’ ability to switch personalities throughout the film is extraordinary. At times he acts like a caring and understanding lecturer but within a second switches to being violent and unstable.

Fletcher’s lack of morals and manipulation of Neimann makes him nothing short of a monster.

There is a particular scene that left a disturbing image in my mind way after the film ended. A close-up of Fletcher swearing at Neimann, spit flying out of his mouth and then proceeding to slap Neimann leaving bloody red marks on his face. Intolerable abuse.

The jazz and musical elements in the film are  phenomenal and, as jazz lover, just these scenes make the film a worthwhile watch. With Neimann and the
Studio Band’s rendition of Duke Ellington’s Caravan and the newly fashioned jazz ensemble of Whiplash named after the film’s title, there is a lot jazz to go round.

Teller has a talent for core drumming. Within the movie it his natural ability that was not improvised by a double. Teller does each scene himself working hard to create the obsessive and complicated drummer affect. I think Teller was robbed of an Oscar nomination for his performance.

This film is a must-see for music and non-music fans alike. Its’ storyline is original and leaves one continuously questioning where the lines between encouragement and abuse must be drawn.