A campaign to assist students unable to access textbooks has been launched by the Wits Student Representative Council (SRC).

The first “Book House” campaign was launched on Wednesday by the SRC’s Academic and Policy Committee at the DJ Du Plessis Day House on West Campus. 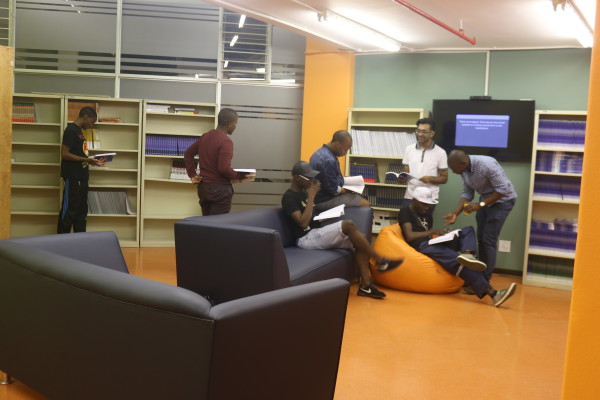 The campaign calls upon students, Wits employees and community members to donate all kinds of books to students who are in need. According to Obett Motaung, one of the organisers of the initiative, “students can borrow books the whole year, however they should bring forth proof to show that they are in need of those books”.

Book House is one of the projects which make up the SRC’s Wits Access campaign which raises funds for students who can’t afford tertiary education.

“We have started the campaign because of rising costs of textbooks, we realised that if students can’t afford to pay for fees then how will they afford to buy textbooks. Students don’t fail because of inability, they fail because of lack of resources,” said Motaung.

He said so far they have received 2,800 books from Wits Citizenship and Community Outreach (WCCO); “We are aiming to get as many books as possible to help students,” said Motaung.

Percyval Mphasha, a 3rd BSc student, who was present at the event said “this campaign comes as a solution to students who are struggling to buy textbooks.” Mphasha said that he will donate the books that he is no longer using.

The student manager of the Book House, Moeketsi Koahela said “The project is designed to help students who can’t afford to buy books. We also give accounting students some scientific calculators. Our aim is to create a better society,” Koahela said.

Members of the community can donate while students can collect books at WCCO located around the corner from West campus house.