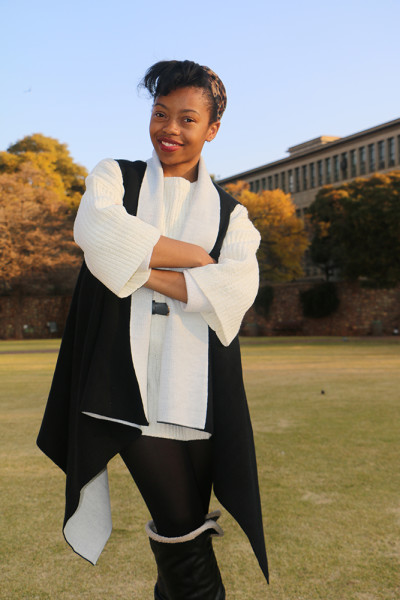 Look no further, there is a new cool kid on the block. Mamello Thulare, 21, is a third year LLB (Law) student, Golden Key member and women empowerment activist at Wits University.

Thulare, founder of #BeingAWildflower, admits that the concept for the outreach campaign came about because of her own lack of self-worth and self-esteem as a young woman. She realised that she is not the only female that is faced with this issue.

“The greatest fight every woman faces is the one against herself. On how she looks, what she thinks people think of her and where she sees herself in the future,” says Thulare. #BeingAWildflower focuses on building a sense of self-worth and self-actualisation in order to develop young women so they may reach a level of contentment with themselves. The organisation launches at the end of July with a discussion “aimed at addressing the ‘pull-her-down’ syndrome that women are faced with.”

Thulare says she hopes she can get #BeingAWildflower to eventually reach out to women in the corporate sector and especially within the law fraternity where there are a number of females who pull each other down in order to climb the corporate ladder.

“Women need to build each other especially in such environments which impact their success and lives,” says Thulare.

Outreach is something close to Thulare’s heart, as she is also on the organising committee for the South Point CEO Sleepout that will be taking place in a few weeks’ time. This initiative aims to raise awareness of the plight of the homeless and hopes to collect clothes and food.