The Wits Gymnastics Club walked away with a record 26 medals and finished in third position at the recent University Sports of South Africa (USSA) tournament in Stellenbosch. The club’s finish in the tournament last month is their best ever USSA performance. 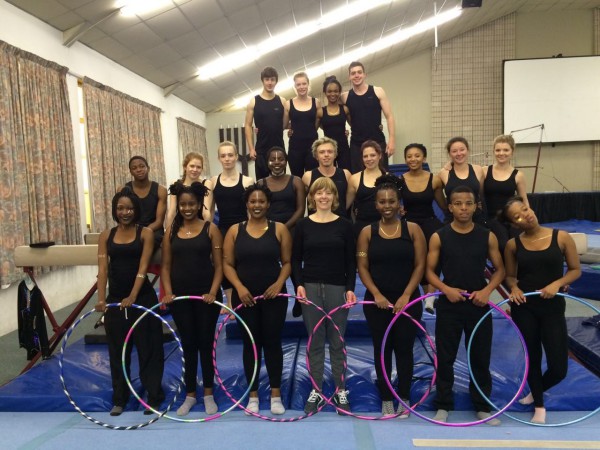 The team of 18 gymnasts doubled their medals from last year’s USSA, and has increased Wits’ ranking by two places leaving them at third.

Third-year BA student and gymnast, Roxanne Prout, participated in the USSA tournament for the second time this year. Prout performed in all the gymnastics disciplines and ended with a gold medal for rhythmic discipline. “I was not expecting to get a gold medal especially because trampoline is my favourite and I used to play it when I was young,” Prout said.

Mitchell Struwig, third-year Engineering student, has been participating in the USSA for the past three years. Struwig managed to get gold medal in the men’s artistic gymnastics section. He won a silver medal in trampoline, although he said it was “quite difficult.”

Wits is set to host USSA in 2017, however if they are unable to due to a shortage in the necessary equipment, the University of Pretoria (UP) will host the event.