Gigi Lamayne’s trademark beats with a funny lyrical flow is what her light-hearted love song My Ugly Boy is all about. 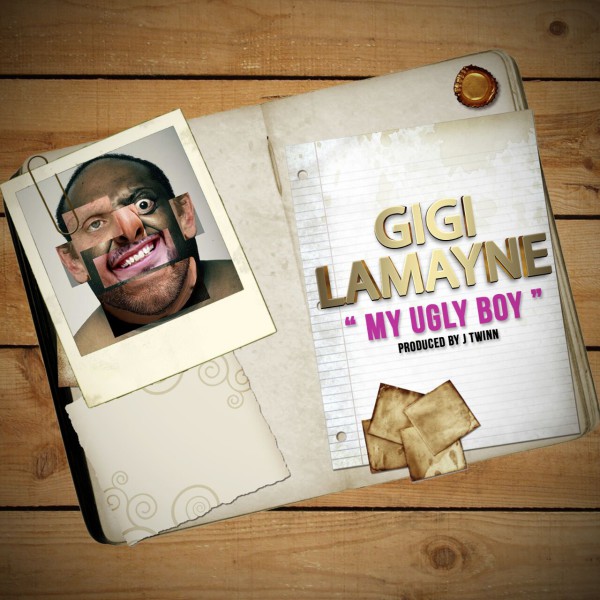 Thinking about a lover in an unconventional way, is exactly what the light-hearted love song My Ugly Boy stands for, with a funny lyrical flow and the trademark Gigi Lamayne beats.
South African award-winning female hip-hop artist and former Witsie, Gigi Lamayne (22), released her latest single, saying it is about finally learning to love someone who may not fit society’s standards of beauty.
A snippet of the lyrics goes as follows: “Bathi unuka umlomo, awugezi. Bathi usaba imphompi, awugezi. Unekhanda eligroot…. U.G.L.Y. you are my ugly boy and I can’t lie. U.G.L.Y. you’re my ugly boy and I don’t mind.” Loosely translated the chorus of the song means, “They say you have stinky breath, you don’t brush your teeth. They say you are afraid of water, you don’t wash. You have a big head but you can be my love.”

“For a long time I have been a musician to challenge the social norm, by using music to teach a lesson.”

The timeless sound, produced by J Twinn, links seamlessly with her use of words such as “ikhanda eligroot” or “U.G.L.Y. you’re my ugly boy and I don’t mind”. The song is consistent in flow, rhythm and use of kasi taal or isiZulu. Gigi, who is known for her unique tone, draws you in with her lyrical technique that most female rappers lack.
Gigi says, “For a long time I have been a musician to challenge the social norm, by using music to teach a lesson.” More often than not, songs in the hip-hop industry are artists rapping about the same things. For example, telling the world how much money they make in a day, how many girls or guys they hang around with or their appearance as having that “big booty”.
Tackling the idea of beauty, the song explicitly mentions how she loves her lover, who might have bad breath or not bath often, but this is the kind of guy she’s normally into.
Gigi told Wits Vuvuzela that there is a possibility of a remix to the song, with male rappers who might be interested in talking about “my ugly girl”.
The beat of the song is not far from the trademark Gigi Lamayne sound, such as her popular song Ice Cream.
According to Gigi, she is yet to receive negative criticism about her latest offering. Wits Vuvuzela, is aware that this genre of music might not be for everyone but still gives a decent Vuvu rating of seven Vuvu stars out of ten (7/10) which covers appreciation of her lyrical technique, catchy chorus and trademark beats.