A group of male students allegedly physically assaulted female students over a dispute about which television channel to watch on Sunday night, April, 23 at Wits University’s Barnato Hall residence.

The physical altercation started after the female students were watching Igazi, a soapie, when a group of male students came in and demanded that the television be switched to a soccer channel.

According to Rorisang Rabago, the external vice chairperson of the house committee at the residence, who is one of the assaulted individuals, the women refused to change the channel. “The rule is first come, first served. They found us here.” Rabago further told Wits Vuvuzela that “The guys were then angry and started assaulting us.”

Rabago said they had not laid any charges but had reported the incident to Campus Control. 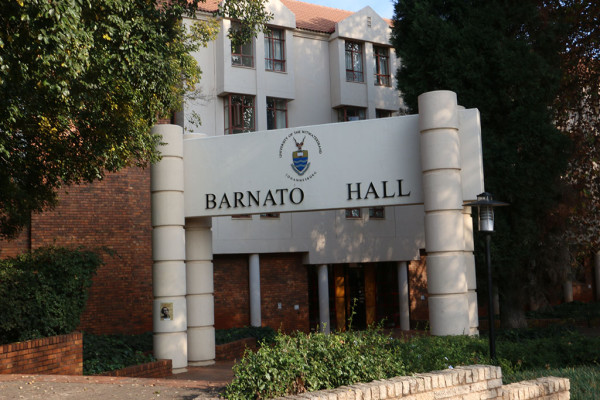 Nokwanda Khoza, who was also watching the soapie, described the incident as “really bad, I mean one of the ladies almost broke her arm because these guys were attacking and assaulting us”.  Khoza further said it was heart breaking because the people who assaulted them included house committee leadership.

Angry students took it to Twitter to express their outrage about the incident, which led to the formation of the hashtag #TrashyBarnatoMen.

Following this incident, a house meeting was held on Monday night at Barnato and was attended by the wardens, cluster manager, Claude Vergie, and the Head of Residence Life, Robert Sharman.

Sharman told Wits Vuvuzela that the incident was discussed intensively and led to two male students being removed from the residence and relocated.  However, he would not disclose the identities of the two students, nor would he reveal where they had been relocated to.

Nkosinathi Maluleke, All Residence Council (ARC) chairperson, said they had ensured that the two perpetrators were suspended and added that, “This is a significant precedence being set for future reference…, considering that the current res culture is one of patriarchy, misogyny and pure hatred of our very own black bodies.”

Sharman would not confirm whether the two students were suspended or not and told Wits Vuvuzela that, this was “a sensitive matter because people’s reputations are on the line.”