A WITS engineering student has created a long-range wireless charger that has placed him in the top eight for Can Do! The unbreakable competition 2017. The competition seeks to invest in and help young entrepreneurs, aged between 18 and 34, to grow their operating business. 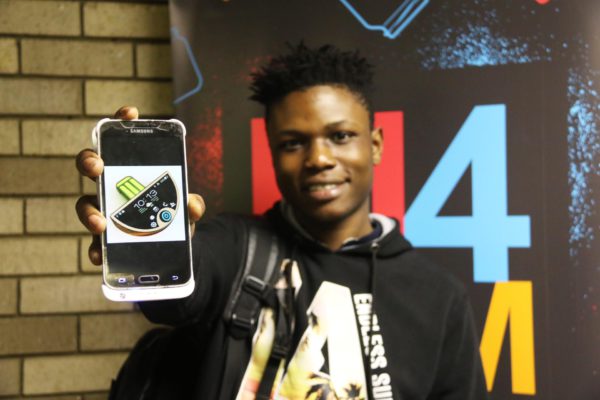 Second-year-engineering student, Lungelo Sigudla, shows off a prototype of what the wireless charger looks like. Photo: Karen Mwendera

Lungelo Sigudla, a second-year mechanical engineering student, is one of the eight on the list and designed the long-range wireless charger last year.

“It can charge your phone wirelessly over a distance of 10 to 15 metres,” he said. The product is made up of a transmitter and a receiver. “Radio waves are sent over the wall socket transmitter directly to your receiver, which is attached to your phone, to charge it wirelessly,” he said. 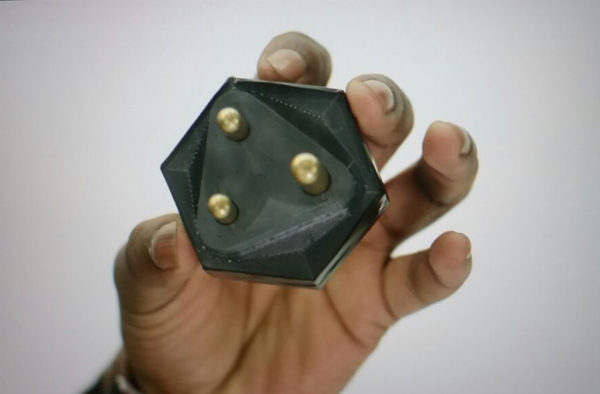 The transmitter of the wireless charger which plugs into a socket. Photo: Provided 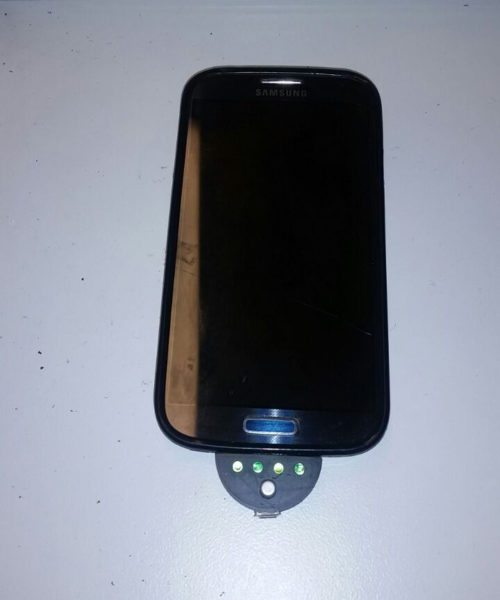 A receiver attached to a phone which receives the radio waves sent from the socket transmitter. Photo: Provided

The 20-year-old student created this technological innovation under a company he founded last year called Polygon Energy. He describes the company as a “consumers’ electronics company” focused on creating products to improve innovation in South Africa. Sigulda’s company currently works with manufacturers and suppliers on a contract base to design the charger. “I’ve gotten a lot of help from other people which has helped take my brand and product far,” he said.

Sigulda attended the Wits Student Entrepreneurship Week, which took place this week, to gain insight on how to run his company. Tumi Ngqondo, technology transfer manager from Wits Enterprise, touched on issues that students encounter as entrepreneurs. “You develop a piece of technology but in a way, through your marketing, you could be possibly targeting the wrong people in that they may not be the people interested as opposed to taking a piece of technology further,” Ngqondo told Wits Vuvuzela.

Sigulda’s product initially was designed to assist individuals in rural areas who do not easily have access to electricity but now Sigudla believes that his product can impact the whole of South Africa. “I started this product out of need, for the fact that it solves an existing problem that people aren’t able to charge easily and accessibly,” he said. “Imagine what capabilities this product brings. We are able to send energy to people who have never had energy their whole life,” he added.

Ten thousand chargers are currently being manufactured and Sigulda hopes the product will be on the market in November this year.

Other businesses developed by young entrepreneurs on The unbreakable competition’s top eight include a hand crafted beard care kit, a clothing brand, a digital brand consultancy and a product based on bio charcoal. The winners are chosen based on the number of votes they receive online by Friday, September first. These will be confirmed by a panel of judges. The winner will receive R100 000 in “valuable resources”. The winner will be announced on September 22.

Watch Lungelo Sigudla’s video for the CAN DO! Unbreakable Top 8 on his wireless charger product.