A Wits University team has made it to the top 16 of the first University Sports South Africa (USSA) electronic sports (e-sports) tournament that took place at Stellenbosch University on September 20 ̶ 22.

Although four teams represented Wits at the tournament, only Wits 1, consisting of Rodney Nxumalo and Nhlakanipho Masilela, made it to the knockout round where they lost in the quarter-final qualifier against NWU 1, a North-West University team. 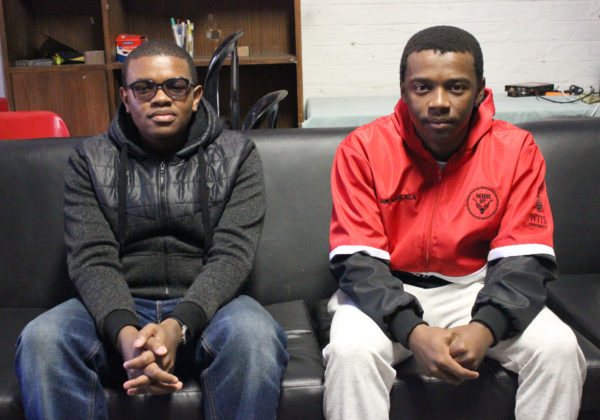 Wits 1 team, Rodney Nxumalo (left) and Nhlakanipho Masilela from the Wits Wargames club which made it to the top 16 in the first USSA e-sports tournament. Photo: Ortal Hadad

E-sports, where players compete in video or digital games, has been part of the Wits Wargames Club for about six years but the team only officially started competing in 2018. The USSA competition against 10 other universities was Wits’ first external tournament.

Anoshamisa Benhura the chairperson of the Wargames committee said the team did not do as well as they should have due to a miscommunication about what games were going to be played at the tournament.

Initially, Benhura and the club had thought that FIFA 2019, a football game as well as a fighting game, Counter-Strike: Global Offensive were going to be played and had trained accordingly.

The tournament only focused on FIFA 2019 which meant that two of the four Wits teams were not prepared.

“If we aren’t prepared and do well then obviously it reveals the ability that we can do better and advance,” said Benhura.

The second-year student said that the group “could improve on team play”.  However, he added that this was  the first time the club had played partnered up in pairs rather than with a single player on each team.

“We didn’t have a lot of time to practice [two versus two] before the tournament,” the 21-year-old said.

Each university fielded four teams of two players each. The top two teams from each group in the group stage went on to the knockout rounds where Stellenbosch University’s Maties 2 won the tournament, with Maties 1 coming second.