A MAN was attacked by a mob in Braamfontein after it was alleged that he had stolen a parked vehicle outside the construction site opposite the Wits Art Museum (WAM) on Thursday morning, January 31.

A Wits Campus Protection Service security guard at WAM who asked not to be named, said he had witnessed the crime and so did numerous construction workers.

The suspect allegedly got into a white Nissan NP200 which was parked outside the South Point construction site at the corner of Jorissen and Bertha streets, while the owner was delivering documents to the site manager, and drove off.

“[The construction workers] together with the owner, became hysterical. They saw him from above and they started screaming,” he told Wits Vuvuzela.

The screams were heard by passers-by who saw the suspect driving off in the vehicle.

“The traffic lights closed and he (suspect) drove into an Uber. He then got out of the stationary car and ran away,” the security guard said.

Spokesperson for the Hillbrow Police Station, detective Mduduzi Zondo, confirmed that a case of attempted theft had been opened.

“The owner was alerted by bystanders who saw the attempted vehicle robbery at around 11:00 and told him people were trying to steal his vehicle,” he said.

“There were three suspects all in all. Two were in a getaway car, a maroon [Renault] Clio. We are investigating and following leads that will lead us to the other two being arrested,” said Zondo.

The 43-year-old suspect was seen fleeing the scene by Wits Vuvuzela and running towards De Korte Street with a large crowd of people pursuing him.

Moments later, the man was brought back to the scene of the alleged crime by the crowd. He was bleeding from the head, arms and legs from the blows of the pursuers.

“This beating is not enough. Pour petrol on him so we can burn him,” shouted some in the mob.

The beating continued outside WAM for some time until the police arrived some 30 minutes later, apprehended him and took him to the Hillbrow Clinic.

FEATURED IMAGE: ‘Die, thief!’ The suspect was brought back to the scene of the alleged crime for more punishment. Photo: Phumi Ramalape

Security guards found nothing on the man and set him free. END_OF_DOCUMENT_TOKEN_TO_BE_REPLACED 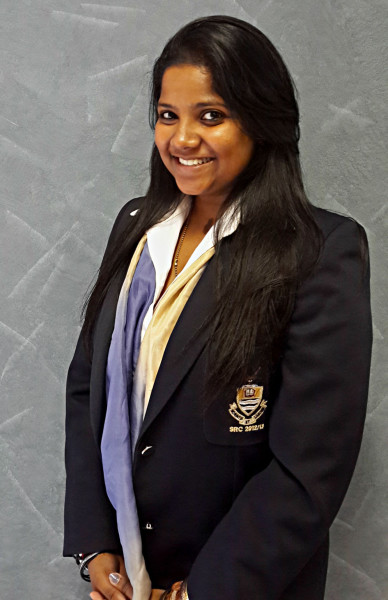 A female Wits student was mugged and stabbed in Braamfontein.

END_OF_DOCUMENT_TOKEN_TO_BE_REPLACED

Students at the University of Zululand have been angered by the killing of a fellow student.

END_OF_DOCUMENT_TOKEN_TO_BE_REPLACED

Students Call for a Bus Stop in Parktown

Wits students residing in private student accommodation on Queens Road, Parktown are calling for Wits bus services to have a drop-off and pick-up point near their residences  out of fear for their safety following recent muggings in the area.

END_OF_DOCUMENT_TOKEN_TO_BE_REPLACED

I watched a girl getting mugged and I did nothing.

But, it could have been me.

As she walked past me, a man walked up right next to her and pulled out a knife, showing it her.  He said “ Do you see what I have here” ? Another man walked up to join them and he said to her “ Don’t scream, just give him everything you have”

Two weeks ago, I was outraged at the fact that the crowd around the taxi driver Mido Macia did nothing as he was dragged away by a police bakkie,but here I was two weeks later and no better.

The bio on my blog states that “I am a super hero, the chosen one, I’m going to save the world…you will thank me one day”

But superheros don’t just look away, do they?

What if I had helped her? If I had screamed, I may have raised enough alarm to gather a crowd. Within a few minutes a scene of mob justice could have played out in front of me… What if they didn’t stop beating them? What if they killed them?

I would have helped that girl. But I would have been partly responsible for two other deaths. Would I have felt any better? Any less guilty? No. I would probably be sitting here, writing the same story asking myself the same questions. Damned if I do, damned if I don’t.

Everyone else around me keeps saying I did the right thing. No. I did what was best for me, not the “right thing”.

So yes, this is probably a strike against my name, and I will probably be called into the board of super hero’s to explain myself, this is what I’m going to tell them:

I am only Human. Cell phones and wallets can be replaced, lives cannot sometimes the best decision won’t be the right decision.

Supporters of imprisoned #FeesMustFall activist say he does not belong in jail. END_OF_DOCUMENT_TOKEN_TO_BE_REPLACED

South Africa is in crisis. In a very short space of time, a dense fog of violence has engulfed the country, unleashing countless acts of gender-based violence and xenophobia that have unravelled the rainbow in our nation. At Wits Vuvuzela we have been moved to dedicate this issue to confronting these two ills.

END_OF_DOCUMENT_TOKEN_TO_BE_REPLACED

Having to reckon with the levels and layers of violence in a society yet to heal makes me wonder who the real enemies are.
END_OF_DOCUMENT_TOKEN_TO_BE_REPLACED