The fellowship will afford Jimmy Yuan the opportunity to be mentored by Discovery Limited founder and CEO, Adrian Gore.  END_OF_DOCUMENT_TOKEN_TO_BE_REPLACED 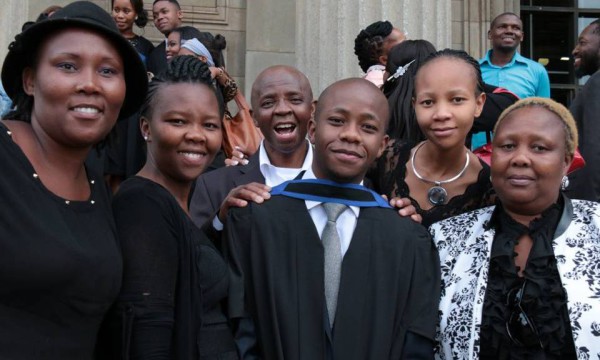 The issue of black female representation in actuarial science has been an issue in past years, said Moses Mkhize, Wits coordinator of the SA Actuaries Development Programme (SAADP).

“The issue with this problem is that it reinforces the stigma that actuarial science is for males,” said Mkhize.

Kelebogile Setlatjile was the lone black female graduate in her honours programme last year. She could not be reached for comment by Wits Vuvuzela.

“You cannot use last year’s class as being representative of Wits,” he said.

The current actuarial science honours class has 42 students with 12 of them black females, eight of those women are Indian and only four are African. Eight of the female students are white.  There are no coloured women studying actuarial science in the honours programme this year.

[pullquote]“The issue with this problem is that it reinforces the stigma that actuarial science is for males,”[/pullquote]

However, Jurisich confirmed that managing diversity in the actuarial science programme had been difficult and had been helped with the intervention of SAADP.

The SAADP was established to create awareness and understanding of actuarial skills, particularly for students from previously disadvantaged backgrounds.

SAADP chief executive Nowkanda Mkhize said the entrance requirements into actuarial science were high and “the students need to be strong mathematically.”

S’onqonba Maseko, who graduated from the Wits Actuarial Science Honours programme in 2009, said she had never felt disenfranchised by her race or gender but said there were too few black females studying actuarial science.

“Actuarial science is not a career option that a lot of young black girls know about when growing up. This is related to the past of South Africa and the limited opportunities that existed for black girls,” Maseko said.

“There is some catching up to be done through letting more black girls know about the career and give them the support to discover their own potential.”

According to an article published in Business Day last year, the profession of actuarial science has made strides in improving its diversity. Over the last 15 years, the number of black actuarial fellows grew from 2.2% to 16%, whereas the number of female fellows increased from 6% to 20%.

Wits has produced the most actuarial graduates from previously disadvantaged homes.

The latest report by the South African Actuaries Development Programme (SAADP) revealed that of all the bursaries given out at three universities, Wits had the most graduates. Wits has not only produced the most actuarial science graduates, but also has the most qualified actuaries.

[pullquote]“Often actuary students do not have the strongest social lives. We facilitate social breaks where the students can meet and share their experiences and problems. Balance is important,”[/pullquote]

These figures were what drove the development of the programme.

Cyril Ramaphosa, the first chairman of the SAADP board at its inception in 2003, was instrumental in commissioning the programme.

“Ramaphosa called the strategy of the programme the ‘shotgun approach’. This was because Ramaphosa realised that it would take around 20 years to fix the science and maths issue in schools.

“At that time he knew that there were students excelling in those subjects and they should be identified and be given extensive support at the tertiary level.”

The SAADP strives to increase the number of black actuaries in South Africa. The programme identifies crucial talent and supports students from selection until qualification.

“The programme focuses on assisting students to unlearn the bad exam and test skills that often invovle cramming,” Mkhize said. Mkhize said that students are under the guidance of a coordinator and mentor at each of the three univerisites that the programme is offered.

The other universities are the University of Cape Town and the University of Pretoria, which is the most recent university to join. Asked what key elements contribute to the programmes’s success, Mkhize said: “It is hands-on from the time a student is selected until graduation.

“Often actuary students do not have the strongest social lives. We facilitate social breaks where the students can meet and share their experiences and problems. Balance is important,” she said.

Mkhize added that Ramaphosa’s passion was no doubt a contributing factor to the programme’s success. “He really cared about the students. At times, when a student had problems, he would take money not from the programme but from his own pocket to really make a difference.”