The art of the afroculture 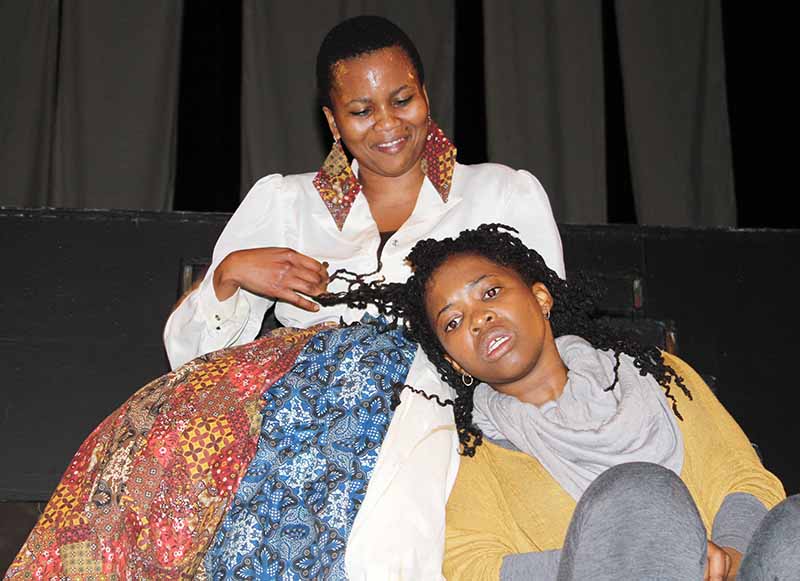 A STORY of a young girl who seeks her identity by travelling into a realm where imagination, dreams and memory overlap, is being told to Wits audiences to symbolise afro-culture and the migration history of being African in the world.

A stage performance called Afrocartography: Traces of places and all points in between launched at the Wits Theatre on Friday July 19, as part of its 30th birthday celebrations. Produced in conjunction with the Wits Repertory Company, the piece is billed as an explorative and truly African performance piece.[pullquote align=”right”]“Its new, fresh, exciting and poetic and a seminal work for every South African,”[/pullquote]

The main character is Traveller, who takes the audience on a mystical journey of self-discovery. The play takes its audience through a walking route around the Wits Theatre. “It serves as a walking metaphor to capture the essence of travelling, identity, location” as an African person, said co-director Khayelihle Dom Gumede.

Afrocartography carries overriding themes of migration in Africa. The experiences of black people who were faced with dislocation and its emotional consequences are depicted in the stage performance. The play incorporates issues faced by African people through the decades on this continent.

Phumzile Sitole, a graduate from UCT plays the role of Traveller and Tshego Khutsoane, a Wits graduate, plays the map maker who directs The Traveller in her journeys.

The performance is written by Mwenya B Kabwe. She co-directed the play with Gumede, who won the Emerging Theatres Directors’ bursary from the Gordon Institute for Performing and Creative Arts. Liya Gonga choreographed the performance.

Kabwe is a well-travelled, Zambian-born writer who has studied at many institutions in the UK and South Africa, including UCT. Gumede said the play was based on Kabwe’s journey in different parts of the world and it was her experiences that led her to “redirect her identity and her journey as a ‘politan’ of various kinds”.

The performance has been described as “Afropolitan” and as an alternative way of being in the world.

The play was first shown in Barcelona in 2009 and again in Cape Town, said Gumede. However, this was the first time it was having a full run. The play took seven weeks to produce, from rehearsal to performance night, said Gumede.

Audiences can expect a mixture of mystery, curiosity, humour and a suitcase of emotion. “Its new, fresh, exciting and poetic and a seminal work for every South African,” said Gumede.