The Durban club could not penetrate Bidvest Wits’ defence. END_OF_DOCUMENT_TOKEN_TO_BE_REPLACED 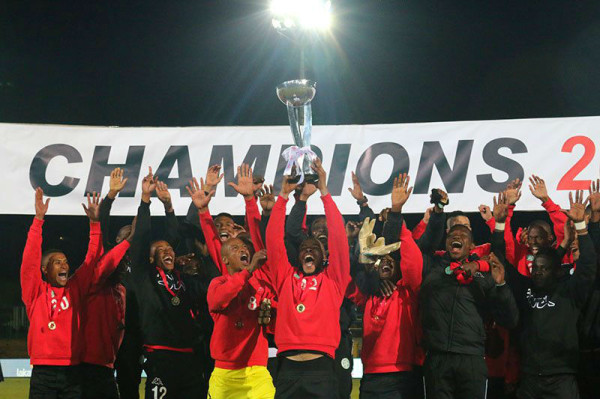 New gear for the Clever Boys

Bidvest Wits Football Club will be going into the season with a new jersey following the cancellation of its two-year technical kit partnership with Nike.

According to its website, Italian sportswear company Kappa will be sponsoring Bidvest Wits kit. Last season the team wore a white and blue home jersey that was sponsored by US-based sportswear giant, Nike.

Ricky Joseph, who is the brand manager of Kappa, said the new look will be completely fresh and the brand will appeal to students. Ricky said the sponsorship is a strategic attempt from Kappa to relate to the student market.

“Kappa is reaching out to the students at Wits and creating a fresh identification with the great brand amongst all students and supporters alike,” said Joseph.

The club’s “new look” home jersey is white while the away jersey will be navy blue.

According to the Bidvest website, the team has entered into a one-year agreement with Kappa to supply the club’s merchandise and playing kit until the end of the 2013-14 campaign.

Joseph said: “Kappa has a long and rich heritage in football, specifically football in South Africa and we are delighted to be associated with Bidvest Wits, a club with a great prospect, a bright future and whose ambitions match our own.

“We share their passion, desire and energy for football and we’re extremely excited to be part of the next chapter in the Bidvest Wits story.”

Kappa has supplied kits for a number of leading clubs across Europe and the rest of the world, including teams in the PSL, Supersport United and Amazulu FC.  Kappa will also be supplying the Bidvest Wits coaching staff with training wear items