From naught to astronaut 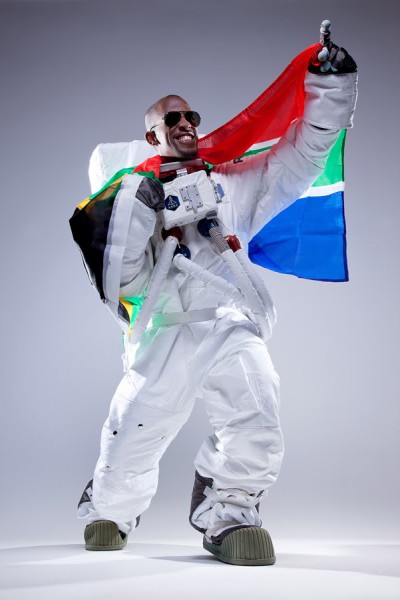 Mandla Maseko is part of the Axe Apollo Space Academy, he is the first Black South African to go to space on the Lynx Mark II shuttle in 2015.
Photo:Provided

SOUTH Africa’s first black astronaut-in-waiting, Mandla Maseko, hopes to be a Wits University student after he returns from space.

Maseko wants to register for a course in aeronautical engineering which he believes will bring him closer to becoming a mission specialist or pilot-in-charge at the National Aeronautics and Space Administration (NASA).

“It’s not just about getting the experience but getting it on paper. Wits is very accredited with this course, it excels more than any other university,” said Maseko.The “future astronaut” had to drop out from his civil engineering studies at Tshwane North College. He had only a few subjects to go when he had to put his studies on hold because of a lack of funding.

He is the only South African among a group of 23 young people from across the world that were selected to go to space on the Lynx Mark II Shuttle in 2015.

[pullquote align=”right”]”It’s not just about getting the experience but getting it on paper. Wits is very accredited with this course, it excels more than any other university,” [/pullquote]

The 25-year-old is part of the Axe Apollo Space Academy where he will be one of the 23 potential astronauts who will get to spend an hour in space on the Lynx Mark II shuttle in 2015.

“There are only two people per flight so it will be me as a future generation astronaut and the captain pilot,” he said

Maseko was unemployed when he entered a Metro FM competition where they were required to send a picture of themselves in the air, jumping off something.

“I chose to jump off a wall in the backyard. You know how we do it ko kasi [in the township] and a friend of mine took the picture,” he said. He made it into the finals. The last round of the radio competition involved answering a question about why he wanted to go to space.

“I answered by saying I wanted to defy the laws of gravity and be the first black South African in space,” said Maseko.

Thirty entrants were selected from 85 000 applicants for the first set of challenges in the Free State – and only three would go on to participate further in the United States.

From the 109 participants from around the world only 23 will be going to space, Mandla being one of the selected.

“I was surprised they called me unexpectedly, they called me second from a list of 23. Which means from the 23 people I was second best,” said a proud Maseko.

The challenges included skydiving, battling G-forces in a “vomit comet”, building and launching a rocket and conquering obstacle courses.

Maseko will take part in six to eight weeks of training before he launches in 2015 but until then he has been keeping fit by jogging in the morning and afternoons. He always has a limited diet to ensure he is fit and healthy for the launch.

A set date has not been decided yet but the launch is estimated for sometime in 2015.