END_OF_DOCUMENT_TOKEN_TO_BE_REPLACED

On Monday August 29, #StopRacismAtPretoriaGirlsHigh was trending on social media while black learners at the school were protesting against what they described as cultural discrimination.

The learners highlighted their school rules which force them to wear their hair in ways that conforms to western standards and how they are prohibited from standing in groups or speaking their mother tongue languages during school hours.

The movement sparked a national conversation in which I think provided a good learning opportunity for all South Africans. First off, let me say definitively, it’s not about hair! The debate plays out through the dreadlocks and the cornrows but really, the conversation is about institutionalised racism. And more specifically about the institutionalised racism at some of this country’s most prestigious schools.

In other words it’s about the fact that black students are animalised in schools. When white teachers think that black hair is untidy, they refer to it as a “birds nest”. They are “behaving like hooligans”, when they are often, just being themselves, themselves in a way that is not white. They are told to “stop cackling” or “acting like monkeys” when they laugh too loudly and their “messy” schoolbags or desks are said to resemble a “pigsty”. I’ve experienced all of this and I am only one person. One black child. So there’s this consistent reference to black students and animal behaviour. This notion that your habits limit your acceptance into human society.

Then there’s the chatter about the code of conduct.

The code of conduct is fundamentally a set of rules that governs the school. It is the law. All laws only find relevance in the societies they exist in. When society evolves, so too should the law. Codes are written by ordinary people who seek to promote their own bias. How can we expect a law that was written without black students in mind to work to serve them?

The very problem that the learners are working to address is the idea of not seeing colour. It is necessary to see race so the structures that people of colour occupy can operate to equally benefit them. Ignorance to colour, “race blindness”, is not a noble gesture, it is to dismiss the diversity of people.  Diversity is good, it also requires flexibility and that must be taught in institutions of learning.

Schools are the facilitators of such lessons but they should not simply distribute teachings as gospel. Paying for an education is not like buying loaves of bread. The factors that produce an education, such as teachers, rules and environment are as important as the education itself. Learners are not consumers but stakeholders in the chain of production.

It is up to the schools to look into their policies, change the rules and fix it. The stakeholders can’t be told to go elsewhere if they are unhappy, it’s their school too. Black students are not the inconvenient guests at the former model C school, they are partners, these codes of conduct should get it right.

The beard, once a sign of the most pious of men, is today the trendiest of fashion statements as hipsters the world over have appropriated the humble beard as a symbol of their hipsterdom.

END_OF_DOCUMENT_TOKEN_TO_BE_REPLACED

SLICE OF LIFE: Yes, this is my real hair, and no, you can’t touch it 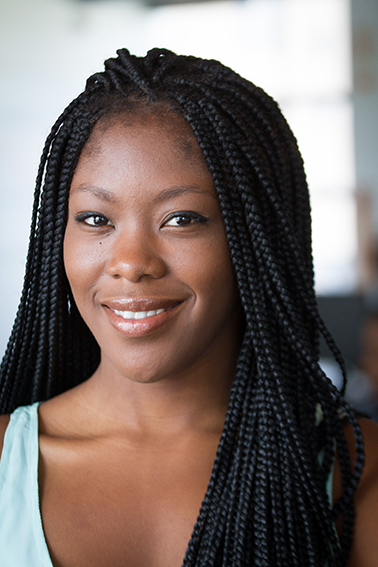 “Is THAT your real hair?” “Can I touch your hair?” “You black girls are so lucky, you can change your hair all the time.”

On countless occasions, I’ve heard those words come out of peoples’ mouths when speaking about hair and it irks me to the core.

I understand, it’s different, it’s intriguing and you can’t help yourself. For many years your people have been fascinated by mine. They studied every inch of our bodies and still, decades later you don’t understand us and you’re still asking me silly questions.

“Go on to Youtube and watch the mini documentary You can touch my hair and if that doesn’t help you, call Jesus.”

The first thing we all need to understand is the concept of hair diversity. I read an article once that suggested the reason European and northern hemisphere ethnic groups have long, straight hair is because during the Ice Age, the Africans who had migrated north evolved and grew long, straight hair to protect their necks, and subsequently their main arteries.

Short, long, I will never touch it

Those who stayed had shorter, curlier hair to keep cool and didn’t need to protect the backs of their necks from the cold. I acknowledge these differences and that is why I will never ask to touch your hair.

Many black people today argue that imitating European standards of beauty and grooming is necessary for blacks to be accepted by white culture, especially by potential white masters and employers.

For decades black women have been overwhelmed with devices, creams, and tonics, claiming to be the “cure” for our kroes hare. Don’t we struggle enough?

See, every time you ask me silly questions about my hair and want to touch it, I imagine how Saartjie “Sarah” Baartman felt back in 1810, when she was exhibited in London. Ornamentilised, as people ogled her large buttocks and elongated labia, and of course, her hair.

In 2013, three black women, all with different hair styles, stood in New York with signs encouraging people to touch their hair. The social experiment was aimed at educating and exploring the widespread fascination with black hair. Take 30 minutes out of your time one day, go on to Youtube and watch the mini documentary You can touch my hair and if that doesn’t help you, call Jesus.

Yes, this is my hair

But unlike those women, no you can’t touch my hair to curb your curiosity!

Firstly, you can’t touch my hair because I am not an animal at a petting zoo. Secondly, my black ancestors may have been your ancestors’ property, and they had to smile while being touched in ways they didn’t want to, but I am not your property, so please keep your hands away from my hair.

And yes, this is my hair, I bought it didn’t I? No one asks you if that’s your face under all that make-up. I spent a generous amount of time and money maintaining my hair. My hair is a part of me, it always has been and will always be. I grew with it. We’ve had our highs and lows and we’re still rooted together.

If you’re trying to make conversation, converse, don’t ask if you can touch my hair. Respect me. You may think your reasons for doing so are great, I don’t’.