SLICE OF LIFE: ‘I’m not going to spend my life being a colour’ 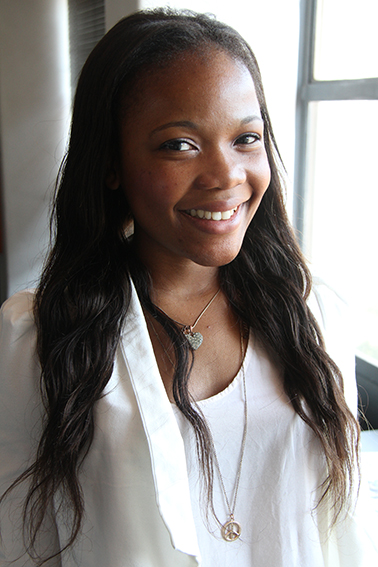 I remember growing up unaware that my pigmentation was my most defining feature. But as the years went on, an identity was imposed on me due to the fact that my melanin levels exceeded what was “acceptable”. This colour made it a precondition that I live the kind of life required of a “black” woman.

I remember one incident that made me change the way I viewed myself. My Natural Sciences teacher, Mrs Shaw, was on aftercare duty. Aftercare was a service provided to those of us not lucky enough to have nannies or mommies waiting to pick us up at the end of a school day.

During aftercare lunch, Mrs Shaw approached a school mate and I, and said: “You know, I’ll never understand why black people chew their bones like dogs.”
That remark shocked me and stuck with me. It became a constant reminder that the colour of my skin, the least significant part of me, would be the thing that always made me less of a person than someone who was white. And in some instances even likened to animals.

It was like the floodgates of racism had opened and washed me into an ocean where there was no island in sight. In that same year, I was called Rafiki the monkey by a classmate, who insisted I reminded him of the monkey in the Lion King. Of course, by now I knew monkeys were the natural comparison point for blacks, as doves are to angels.

It was as if life needed to punish me for the time when the colour of my skin was insignificant. I was broken.

High school and varsity perpetuated the blackness I was abruptly exposed to. And for a while, I went along with the idea that colour really did matter – until I made the decision that I was not going to allow non-blacks to decide, for me, that I was less than they were.

Interestingly, when I eventually moved past these confines, it was no longer the whites who caused me to be conscious of my colour. I just no longer afforded them that kind of power. Now it was my black counterparts.

Black young women were now using this colour as a scapegoat for all their shortcomings, exploiting the inferiority complex experienced by generations before us. They were buying into a complex which should have been broken down because of the opportunities we are able to create for ourselves today.

“An identity was imposed on me.”

The actions and speech of blacks has intensified this complex. They now impose their blackness on the rest of us who, with great effort, have tried to rise above it. Sometimes, even if you do try to fall in with this notion, it’s just not enough. If you don’t have what I like to call the comrade accent, for example, you’re just not black enough.

It’s boggling that even in this day, the 21st century, 20 years into democracy, the most important thing about a person should be the colour of their skin. I’m certainly not going to pass judgment on the choices people make, particularly when it comes to the way they see themselves. To pass judgment on the thoughts of an individual is practically criminal. It infringes on the freedom of expression and forces you to become a sheep. You then begin to act only as you are expected to, as a “black person”.

Make no mistake: I have never, for one moment, disregarded the history which has allowed me to see myself as no less than the white inhabitants of this country. I acknowledge and appreciate the strides made by my forefathers to afford me the liberated life I lead today. I am not ignorant of the issues faced by black people. However, it is also my argument that they also afforded me the opportunity to look at the country in which I live in a post-apartheid South Africa.