END_OF_DOCUMENT_TOKEN_TO_BE_REPLACED

The National Treasury has said that they have not budgeted for a zero percent fee increase for 2017, causing speculation that another series of #FeesMustFall protests could be possible.

The statement was made on Friday at the Fees Commission and coincided with a report by the Council of Higher Education (CHE) stating that another 0% increase in 2017 would not be possible as university fee increases should at least be on par with inflation. They recommended an increase of 6.3% for both tuition and registration fees. The CHE also cautioned that without an increase in fees, universities would be in a worse financial position.

The CHE also included in the report its recommendation to increase the state subsidy to universities by R5.7 billion in 2017/18 therefore allowing universities to recover some of their shortfall caused by the 0% increase in 2016. The CHE did, however, caution that the National Student Financial Aid Scheme (NSFAS) would still have a shortfall of R300 million.

The CHE proposed a blanket increase for all universities that would essentially ensure that students see no fee increase between 2016 and 2017, possibly with the exemption of some residence fees.

But the National Treasury said on Friday that when the announcement for a 0% increase was made the budget had already been planned for the next few years, making it very difficult for the Treasury to reallocate funds to higher education. Michael Sachs, who presented on behalf of the National Treasury, said that they had budgeted on fee increases for the following years.

At a town hall meeting last week, Wits Vice Chancellor Adam Habib said that that Wits would need an 8% increase for 2017, if the university did not receive an increased subsidy from the government.

Mzwanele Ntshwanti, the projects, media and campaigns officer for the Wits Student Representative Council (SRC) and member of the Progressive Youth Alliance (PYA) told Wits Vuvuzela that they opposed any fee increase.

He also told Wits Vuvuzela that a statement regarding a possible national shutdown would be released shortly.

Minister of Higher Education and Training Blade Nzimande as well as the Minister of Police Nathi Nhleko were on campus this week as part of a tour of universities. END_OF_DOCUMENT_TOKEN_TO_BE_REPLACED 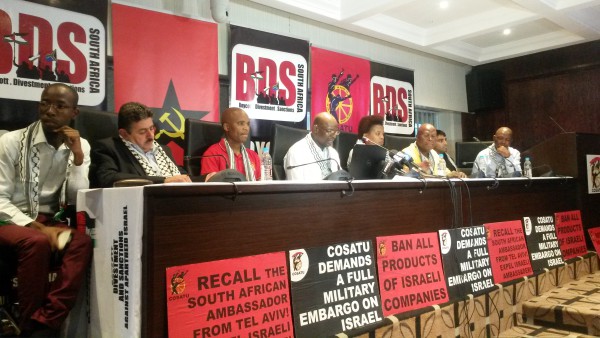 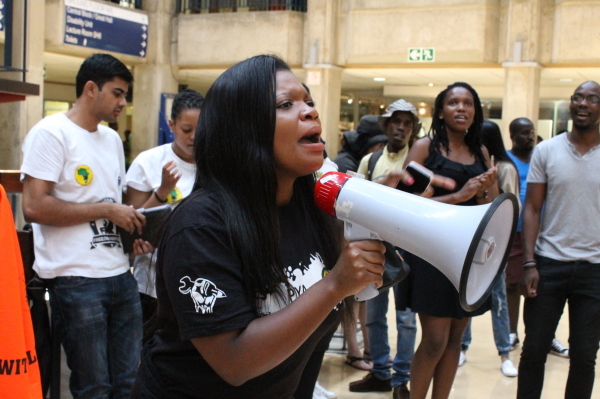 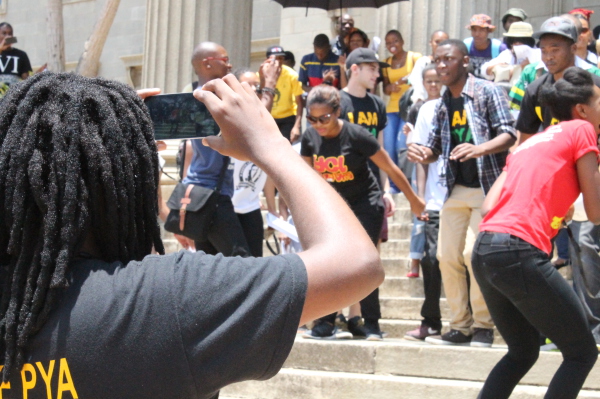 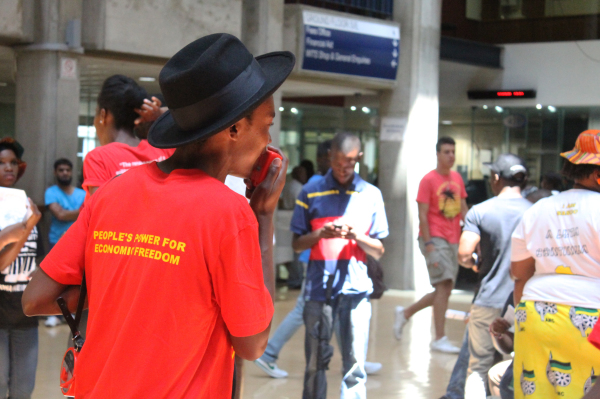 Four of the 27 University of Johannesburg students arrested for protesting over financial aid have been prevented from registering for classes this year.

Last month, the students, dubbed the “UJ27” were arrested for protesting against a shortage of funding from the National Student Financial Aid Scheme (NFSAS).

[pullquote align=”right”] “The university would not let the four unregistered students onto the campus without an official escort.”[/pullquote]

Last Friday, the suspended students won a court order forcing the university to allow them to register. However, four were still prevented from registering on Monday.

Shira’h Jeenah, chairperson of UJ Sasco and one of the four students prevented from registering told Wits Vuvuzela the university would not let the four unregistered students onto the campus without an official escort.

However, on Monday when the students came to register the security escort had not been provided by UJ Campus Protection and so the students could not register.

“The university has said that we are not allowed on campus if we do not have classes,” said Jeenah.   He added that the students have had to submit their timetables into campus protection so they may be escorted to their classes and off campus.

“We’re only allowed to be on campus 15 minutes before class and 15 minutes after,” said Jeenah.

On Monday afternoon the unregistered students were outside the Kingsway campus in Auckland Park waiting to hear if their attorney was able to reach an agreement with the university to allow them to register.

Wits Vuvuzela contacted the university for comment but has not yet received a response.

Tebogo Thotela, deputy-secretary of Sasco Gauteng, criticised the suspension of the students and the charges they are facing.

“They [UJ] should be celebrating that their students are raising critical matters”, said Thotela.

The suspension of the UJ students was part of a spate of nationwide protests against the lack of funds from NSFAS that had left many students financially desperate and unable to continue with their studies.

Thotela said that NSFAS was in arrears of R200-million with UJ and a national shortage of R 2-billion. While Higher Education minister Blade Nzimande subsequently committed R1-billion to the fund, this may not be enough to cover the financial shortages between the universities and NSFAS.

[pullquote align=”right”]”The fund is struggling of keeping up with the needs of South African students.”[/pullquote]

Amidst all the protests at other universities, Wits’ NSFAS office has continued to provide students with their financial grants. Thotela said that unlike TUT and UJ, only 15% of registered Wits students rely on the government fund.

Although NSFAS received an extra R 100-million to their fund which increased it from the previous year’s total of R 8. 2-billion, the fund is struggling of keeping up with the needs of South African students.

Thotela said that the issue lies in the inevitable increase in the intake of students each year. “We’re seeing kids from a working class background coming to university and the fees are increasing as well.”