A team of Witsies have opened up an online store to cater to student needs.

END_OF_DOCUMENT_TOKEN_TO_BE_REPLACED

No budging on SRC’s budget 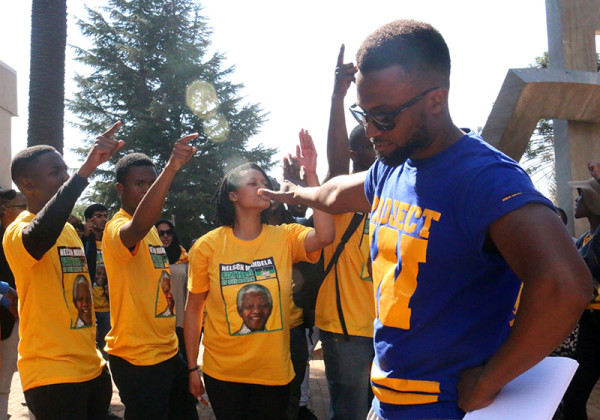 Project W alleged this week that the SRC budget is being mismanaged by the Progressive Youth Alliance (PYA). Both SRC deputy-president Shaeera Kalla and head of the Student Development and Leadership Unit (SDLU), Lamese Abrahams denied this.

Project W’s Jamie Mighti told Wits Vuvuzela there has been “no transparency” with the SRC budget allocation. According to two previous SRC treasurers, the SRC budget is supposed to be allocated and submitted to SDLU by the last week of February.

“The SRC have not even met yet to discuss it,” Jamie said. He claimed that PYA SRC members had already allocated budgets for their own portfolios during “PYA internal caucuses’”.
“They are deliberately excluding Project W SRC members,” he said, “We have been asking for three weeks now to have a meeting about the portfolio budgets but every time we schedule several SRC members deliberately don’t show up.”

Mighti also said the budget is mostly funded by student fees “so they have the right to objectivity and to see how it is being used which is not what is happening here”.
Deputy president of the SRC Shaeera Kalla said the only reason the SRC hasn’t met yet “is because we have all been busy with the One Million One Month campaign”.
“It’s just a matter of sitting down and working things out,” she said.
“There is no mismanagement of the budget. The only event it has been used for is O-Week.”
Mighti also put forward a claim that the annual vacation stipends given to SRC members were not allocated properly and the process was “corrupt”.

He said that some members of the SRC had given themselves R10 000 whereas others had received zero.
Abrahams said these claims were “inaccurate” and that there had only been “one appeal” about the SRC stipend issue “which has been dealt with accordingly”.
“This is not true. SDLU has complete oversight over both the budget and stipends,” she said, “It is checked all the time, twice or even three times over.”
“There is no action plan here. We are stuck and if the budget issue isn’t dealt with, we will have to take it to the dean or the VC,” Mighti said.

WITS University might have to fork out R12 million to refurbish the official residence used by the vice chancellor.

The house is owned by the Bernard Price family trust and is made available to the Wits vice chancellor as a residence.

However, as part of the agreement, Wits must pay for the upkeep of the house.

Kupe said the agreement also stipulates that the vice chancellor of Wits must reside in house or the property will be returned to the Price family.

Kupe said Wits wants to reduce the refurbishment costs to R9 million by conducting the renovations at one time, rather than going stage-by-stage which would be more expensive.

He added that the University council was also uncomfortable paying R12 million in refurbishments to a property Wits did not own.

“We were also worried to spend R12 million renovating when we have other needs. We consulted Wits university stakeholders and they all said ‘no’ to spending R12 million on the house. We had to negotiate renovation prices down,” he said.

Kupe said that the university was seeking to purchase the property outright from the trust, as this would make the house an asset and justify the expense of refurbishments.

“The university can afford it as it is budgeted for, as we are getting an asset. There will be long term reduction costs in future for the university,” Kupe said.

Kupe said that in addition to being used as a residence, the house can be used for university functions and allow Wits to avoid the expense of booking an outside venue.

He said the university was planning on purchasing the house should it have to pay millions for the refurbishments.

“The family said we can give you the house only if you repair it to its original state,” he said.

Kupe said university management was in talks with the Price family to sell the house to Wits.

Outgoing Vice Chancellor Prof Loyiso Nongxa has vacated the house and renovations will begin next year.

Incoming Vice Chancellor Prof Adam Habib will not live at the official residence while the renovations are taking place.