END_OF_DOCUMENT_TOKEN_TO_BE_REPLACED

Summer has arrived and warmer weather means shorter shorts, bikinis and maybe a crop top or two but do you look like a slut?

When walking through campus, going on a night out or just walking down the street, one can’t help but notice the girl wearing shorts or a dress that are just a little “too short”. Maybe her choice of top is more revealing than comfortable and onlookers can’t help but anticipate a wardrobe malfunction that is bound to happen any minute.

But can and should onlookers judge this person based on her choice of dress?

Slut shaming is a phenomenon that exists both in reality and on social media where people, mostly woman, are judged for their sexual behaviour or wearing revealing clothing and declared to be sluts regardless of whether or not the allegations are true.

A psychological study titled ‘‘Good Girls’’: Gender, Social Class, and Slut Discourse on Campus done by social psychologists from the University of Michigan and the University of California found that slut shaming or “sexual labels were exchanged fluidly but rarely became stably attached to particular women.”

According to the study, “the boundaries women drew were shaped by status on campus, which was closely linked to class background. High-status women considered the performance of a classy femininity—which relied on economic advantage—as proof that one was not trashy. In contrast, low-status women, mostly from less-affluent backgrounds, emphasized niceness and viewed partying as evidence of sluttiness.”

The boundaries of “sluttiness” created between different classes and the social power given to wealthier groups, means poorer groups were more likely to be slut-shamed, particularly poorer students who tried to enter into higher social circles. Higher social circles allowed  “greater space for sexual experimentation” as a form of “sexual privilege”.

Wits Vuvuzela met with a group of friends to get their opinions about slut shaming on campus, and this is what they had to say:

“If there’s someone who you think is really pretty, it feels justified by saying they’re sleeping around. I think it comes from insecurity” said Ayla Senekal, 1st BA (Fine Arts).

“I believe that the word slut should be a compliment, just think about it, why would anyone feel insulted if you told them that they are enjoying their lives more than you are” said Lindo Mashini, 1st year BA(Music).

“It [slut shaming] comes from when you look at someone and you see something other to you. It’s kind of like it’s wrong because it’s not the same, no matter what it is” said Christy Golding, 1st year BA (Fine Arts).

Although the use of slut shaming in a South African context may differ from the study, slut shaming is considered to be a form of bullying that exists in and beyond the classic forms of bullying found in childhood.

University students or adults may have moved on from the days when they bullied the “weird” kid around in the corridors but is passing judgement on how people, but more specifically women dress the adult equivalent?

SLICE OF LIFE: Face the music 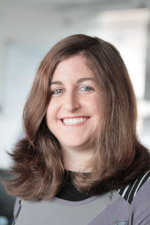 Music is something that strikes a chord in everyone. Whether rock, pop, jazz or classical music, it affects people in different ways.

For someone privileged enough to grow up in a musical family, there is no doubt it has affected the way I think, react or even see things.

As a teenager, I was bullied throughout high school. Yes, the hugs, love and support from my family helped a lot but it was music that gave me strength to get through the day, almost every day. It was my escape (that and video games! Call me a nerd). If things were bad, I would literally switch myself off from the world, plug in my earphones and put on a hard-core Foo Fightersor Red Hot ChiliPeppers song. One of my favourites being Foo Fighters’ The Pretender – a song that, even today, still gets me through difficult days.

“What if I say I’m not like the others,” a line in the song’s chorus, taught me that being different does not mean you are “weird” or a nerd.

You don’t have to be ashamed of who you are or of what makes you, you! Not being part of a popular clique doesn’t mean you are worthless. In fact it means you don’t have to conform to their ideals. You can think freely and openly and do things that you enjoy without feeling ashamed or with the pressure of such cliques.

I wasn’t not facing my reality or in denial about my school difficulties; chatting with therapists, teachers and mentors gave me hope too during many a dark day. But music became my outlet – listening to it, playing guitar and singing helped me to keep going. As long as the lyrics flowed I was able to keep moving forward with things too. A definite life lesson learnt through my love of song because, if you think about it, music is infinite.

Music represents many things. To me, it’s patience – because you have to wait to get to the crux or climax of a song just as “all good things come to those who wait”. Tolerance – because you can’t love every piece of music that is released or played on radio, but at times you have to just go with it – it’s the same with life. You can’t connect with everyone but it’s important to tolerate people for who they are. And finally, acceptance – because lyrics speak to one’s heart and sometimes, through relating to them, we can learn to accept both the good and bad moments in life.

My love of music has not stopped during my time at university. Music can, and almost always does, affect my mood, thought processes or even work ethic. When I’m working or need a burst of energy, a little Benny Goodman goes a long way. Feeling sad, one goes the Ellie Goulding, Anna Nalick and Kate Nash route. For those happier occasions, well Pharell Williams’s Happy, some Coldplayor The Beatlescomes to mind. Music even gets me through the daily stresses of traffic – without it I almost struggle to concentrate on the road.

At times I even associate music with life moments. When reminiscing about old flames or heartbreak, Jim Reeves and Johnny Cash play on an unbreakable loop in my mind (and on my MP3 player).

Music is my life, it’s who I am and it’s what I stand for. I live with music and, better yet, I live for it.