The wheels on the bus (don’t) go round… 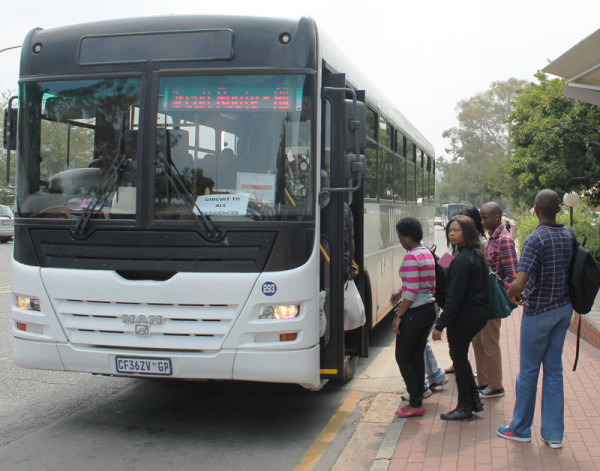 Education and medical students were not told about the bus schedule changes and have missed lectures as a result. Photo: Tracey Ruff

It has been a confusing and frustrating start to the week for the many Witsies who use the campus bus services.

Changes have been made to the bus timetable due to the midterm study break, but Wits Education Campus (WEC) and medical school students still have normal classes.

Florence Moloi, 2nd year BEd, said the “services have been really bad”. She said that on Monday there were no buses, especially in the morning and in the afternoon at 4pm.

Moloi said that many students were late for class on Monday morning and “people were pushing each other to get on the [circuit] buses to go home” at the end of the day.

Moloi, who stays on Main campus, feels that there is no consideration for education students.

Makaziwe Tshona, 2nd year BEd, said that although the situation was “a bit better today,” there have been no direct buses to WEC and she “has to wait for circuit buses which are full”.

[pullquote]“A lot of people are sick and tired of this. I’ve been waiting 35 minutes for a bus.”[/pullquote]

On Monday, Tshona had a geography lecture at the Planetarium that she was late for due to the lack of  bus services.

According to a first-year student, who asked to remain anonymous, “A lot of people are sick and tired of this. I’ve been waiting 35 minutes for a bus.” She said she wants to complain but “doesn’t know who to complain to”.

According to a tweet from the account of @moreki_m, “the situation at Amic Deck [on Main campus] and Esselen is so bad. Some students are even walking to Education campus”.

“Funny thing is, we are the ones who use the bus more than any other students since our campus is in Parktown,” tweeted Moreki.

When asked if he knew there were going to be changes to the timetable, Moreki replied, “we knew about the main campus break but weren’t formally notified that it was gonna affect the bus timetable”.

The latest tweet from Wits services on the bus situation, posted at 9:15pm on Monday, read: “We do apologise – there will be a direct @WitsSln [Esselen] and WEC bus  tomorrow [Tuesday].”

However, students have continued to complain on Twitter that no direct bus service has resumed as of Tuesday afternoon. 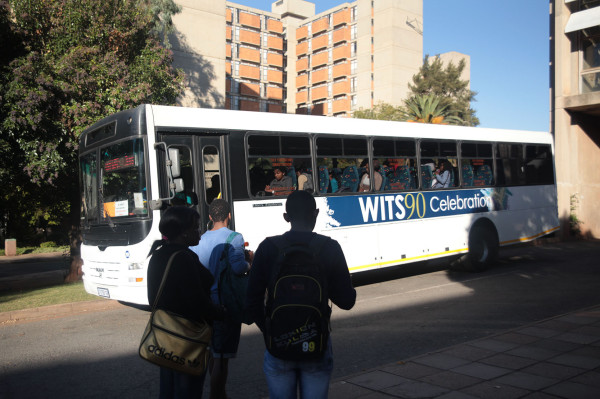